Houston we are home 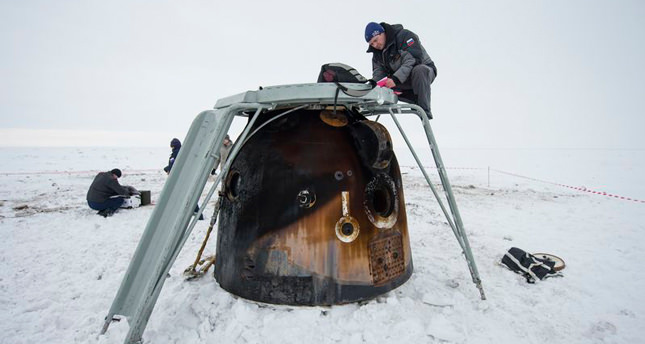 Astronauts made there return from the International Space Station (ISS) on Tuesday, landing in Kazakhstan despite severe weather conditions

Moscow - Three astronauts returned from the International Space Station (ISS) on Tuesday, despite adverse weather condition in Kazakhstan that threatened to postpone their landing.

The Soyus capsule carrying Oleg Kotov and Sergei Ryazansky of Russia and US astronaut Michael Hopkins landed at 9:24 am (0324 GMT) on the snow covered steppe amid strong winds and freezing temperatures, Russian media reported.

Russian news agencies reported Monday that because of the weather the return had been postponed to Wednesday.

Doctors said that the three, who had been working since September in the space station 400 kilometres above the Earth, are feeling fine.

Russian television footage showed the astronauts waving to cameras, while they were sitting on chairs, huddled in blankets and sipping tea.

Before undocking four hours earlier, Kotov handed over the command to Koichi Wakata, who became the first Japanese to head the space station. The other remaining astronauts are Richard Mastracchio of the US and Russian Mikhail Tyurin.