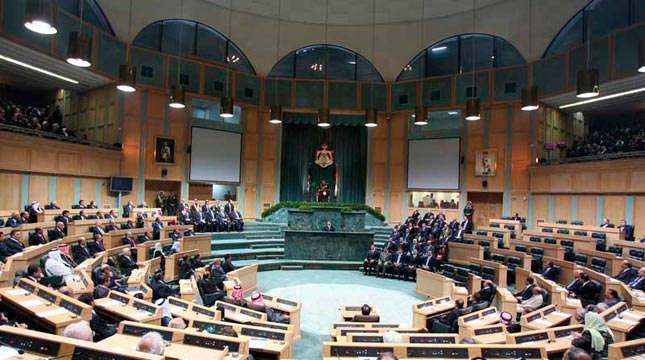 by German Press Agency - DPA Mar 13, 2014 12:00 am
AMMAN – The Jordanian parliament voted yesterday to expel the Israeli ambassador in protest over the shooting of a Jordanian judge by Israeli border guards.
The parliament gave the government one week to close Israel's diplomatic mission in Amman in response to the killing of Raed al-Zayter. The magistrate was shot at the Allenby Bridge crossing, between the West Bank and Jordan, on Monday. Lawmakers threatened a vote of no confidence in the government of Prime Minister Abdullah Ensour should it fail to respond to the motion, which is not legally binding. Israeli Prime Minister Benjamin Netanyahu's office on Tuesday expressed "regret" over the killing of al-Zayter and promised an investigation.
The Israeli military has insisted that the judge was killed while trying to steal a soldier's weapon at the Israeli-controlled crossing.