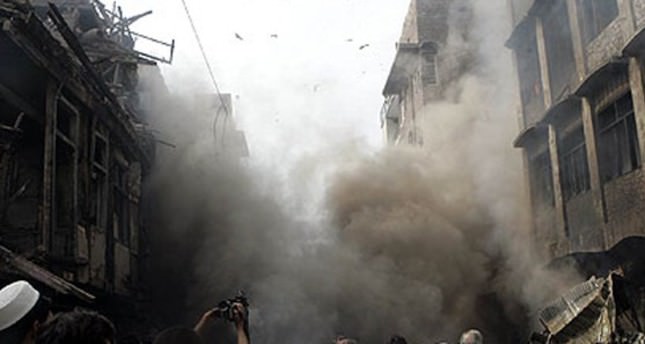 by German Press Agency - DPA Mar 15, 2014 12:00 am
ISLAMABAD – Two bombings in Pakistan killed at least 17 people and injured more than 50 yesterday, officials said. Ten people were killed and more than 30 injured when a bomb exploded on a road in southwestern Balochistan province, police officer Mir Zubair said. A vehicle belonging to the paramilitary Frontier Corps (FC) was driving by when the bomb exploded on Prince Road in Quetta, he said. "Ten people have been killed and more than 30 injured but the paramilitary vehicle remained safe," FC spokesman Khan Wasseh told dpa. No group claimed responsibility for the attack. Baloch separatists who accuse the central government of robbing the mineral-rich region of its wealth are often behind such bombings. Seven people were killed and more than two dozen injured in a suicide bombing in Peshawar, capital of north-western Khyber-Pakhtunkhwa province.