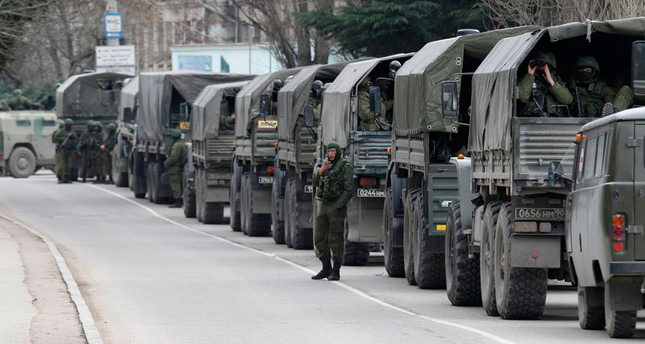 by reuters Mar 16, 2014 12:00 am
KIEV – Russia is continuing its build-up of troops in Ukraine's Crimea and they now number up to 22,000 servicemen, Ukraine's acting defence minister said on Sunday.

The minister, Ihor Tenyukh, in an interview with Interfax news agency, said that, under agreements covering the basing of Russia's Black Sea fleet in Crimea, Russia had set a limit of 12,500 for the number of its servicemen in Crimea for 2014.

"Unfortunately, in a very short period of time, this 12,500 has grown to 22,000. This is a crude violation of the bilateral agreements and is proof that Russia has unlawfully brought its troops onto the territory of Crimea," Tenyukh said.

"We are seeing an increase in the number of Russian servicemen in Crimea," he said. "And the Ukrainian armed forces are therefore taking appropriate measures along the southern borders."