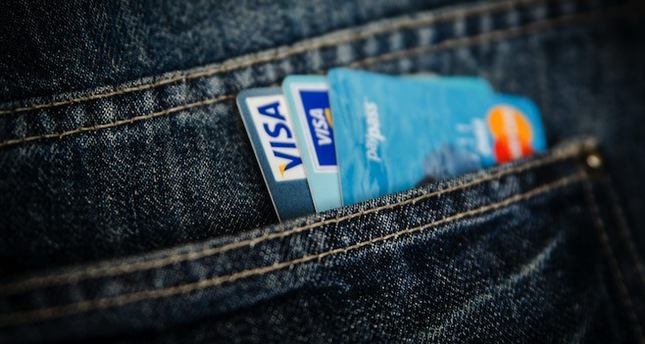 MOSCOW — Bank Rossiya, used by close associates of President Vladimir Putin, said in a statement that Visa and MasterCard had "without warning stopped providing its payment services to the bank's clients." An affiliate bank, Sobinbank, which is 100 percent-controlled by Bank Rossiya, was also affected. Bank Rossiya was hit by a fresh wave of Washington sanctions announced Thursday, which also targeted several billionaire businessmen believed to be close to Putin.

Clients of the banks are now unable to use their credit cards to make purchases or to withdraw money from cash machines not belonging to the banks. SMP Bank, which is controlled by brothers Arkady and Boris Rotenberg who were among those blacklisted Thursday, also said its clients were unable to make Visa and MasterCard payments.

US President Barack Obama on Thursday said the list of Russians targeted by sanctions had been extended to include oligarchs and bankers believed to be close to Putin, including Gennady Timchenko and Yuri Kovalchuk. Bank Rossiya was listed separately as a target for sanctions.

Americans and American businesses, such as Visa and MasterCard, are forbidden from any dealings with anyone targeted by the sanctions and any assets they might have in the United States are frozen.

Putin responded Friday by vowing to open an account at Bank Rossiya on Monday. SMP Bank said in a statement that it believed the move was "unlawful" because the sanctions targeted not the bank but its shareholders.

None of the banks affected have a major high-street presence, but Bank Rossiya is used by companies within Gazprom energy giant to pay salaries to staff, the Interfax news agency reported.

Russia's Central Bank said in a statement about Bank Rossiya on Friday that "the operations that come under sanctions are not having a significant impact on the financial stability of the credit organization". "If necessary suitable measures will be taken to support the credit organization and give reliable protection of the interests of its account holders and creditors," the Central Bank added.

Obama also signed a new executive order that would allow him to sanction key Russian industries, actions that could have a harsher impact on that country's economy. Senior administration officials said Russia's energy, financial services and metals and mining sectors are among the industries that could be targeted. "Russia must know that further escalation will only isolate it further from the international community,"

Obama said. Russia's economy has already taken a hit during the Crimea crisis. The country's stock market fell 10 percent this month, potentially wiping out billions. Economists have slashed growth forecasts to zero this year, and foreign investors have been pulling money out of Russian banks.