Russian warships head to the Mediterranean 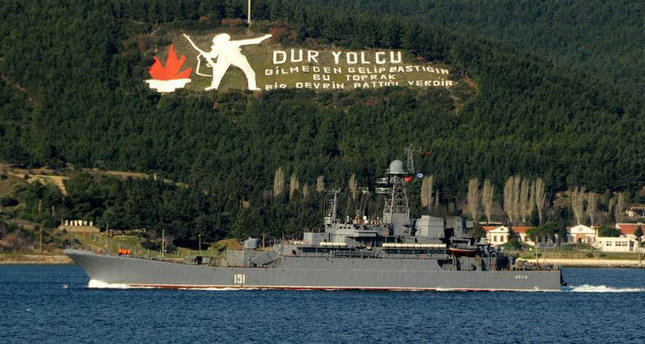 by AA Mar 24, 2014 12:00 am
ÇANAKKALE — Three Russian warships passed through the Çanakkale (Dardanelles) Strait, which connects the Aegean Sea to the Sea of Marmara in northwestern Turkey, on Monday. The Minsk, Olenegorsky and Kaliningrad were headed to the Mediterranean Sea.

The exact final destination of the vessels is unknown, however they were dispatched to the region at a time of growing tension between Syria and Turkey. Turkey on Sunday shot down a Syrian airplane violating its airspace and vowed to retaliate if violations continued. All three ships are used to convoy infantry and military vehicles from sea to shore in amphibious warfare.