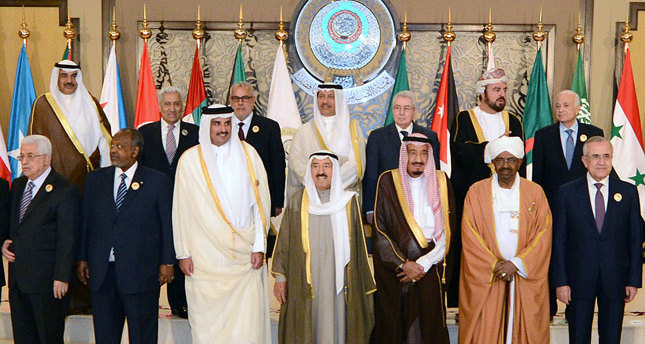 KUWAIT CITY — Arab leaders pledged at the end of a two-day Arab league open annual summit in Kuwait on Wednesday to work to end their divisions.

Eliminating all differences on the Syria issue, the 22 members of the Arab League denounced killings of civilians by the Syrian government.

"We pledge to work decisively to put a final end to divisions," read their final statement, read out to media by Kuwaiti Foreign Ministry undersecretary Khaled al-Jarallah.

In a declaration from the Kuwait summit, Arab leaders condemned in the strongest terms the massacres and the mass killings committed by the Syrian regime's forces against their unarmed public. In the final communique read, Arab leaders called for a political solution to the Syrian crisis in accordance with the Geneva One declaration."