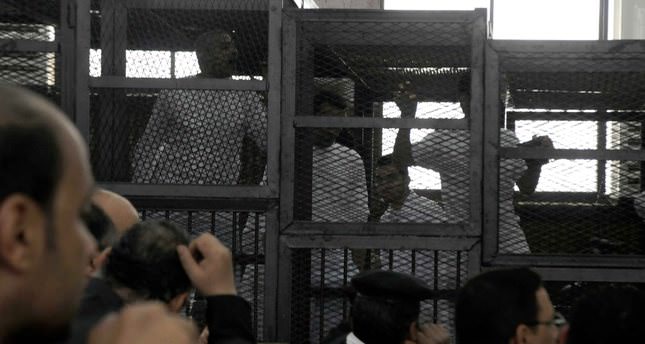 NEW YORK, US — The United Nations Office of the High Commissioner for Human Rights said it was "deeply alarmed" by Monday's death penalty imposed by an Egyptian court following a mass trial on 529 supporters of former President Mohamed Morsi. The UN is calling on Egypt to reconsider its death sentence decision against hundreds of suspected Muslim Brotherhood supporters, calling it an unacceptable violation of international human rights, said Deputy Spokesperson for the Secretary General of the United Nations.

The sentences issued on 529 people came as a result of charges related to violent riots in the southern Egyptian city of Minya last August. The UN says the sentences go against its rules on the death penalty.

The UN General Assembly adopted a moratorium on the use of the death penalty in 2007 and UN member countries were asked to work for its abolishment.

Egypt's Criminal Court in Minya prosecuted 529 people "on charges of incitement to violence" and the court sentenced each one with the death penalty. Many international human rights organizations and countries have condemned the court's rule.