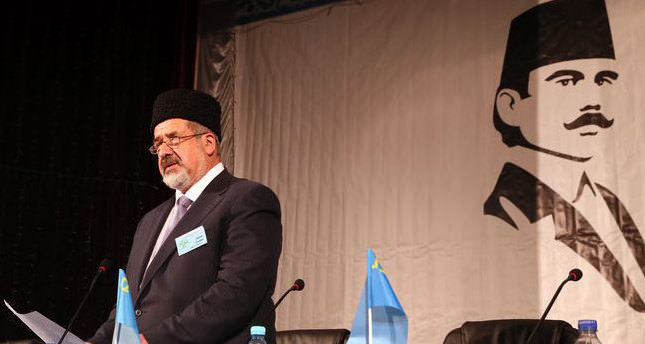 by AA Mar 30, 2014 12:00 am
BAKHCHISARAY, Ukraine — An extraordinary session of the Crimean Tatars' national assembly (Kurultay) voted Saturday to hold a referendum on autonomy.

Crimea's indigenous population, the 300,000-strong Tatar community boycotted the March 16 referendum that saw the region vote for unification with Russia.

In addition to boycotting the Russian-backed referendum, the Tatars fear Moscow will outlaw community councils, including the mejlis and national assembly, as Russian law bans represented bodies outside the legislative and executive branches of government.

Deported en masse in 1944 by Moscow to Central Asia, the Tatars are deeply suspicious of the Kremlin's intentions for the community.

The Tatars were allowed to return to Crimea in the late 1980s as the Soviet Union began to dissolve. Many illegally acquired empty land plots to build new homes. Over the years, their property rights were upheld by Ukraine as ownership was formally transferred to those residing or working on the sites.