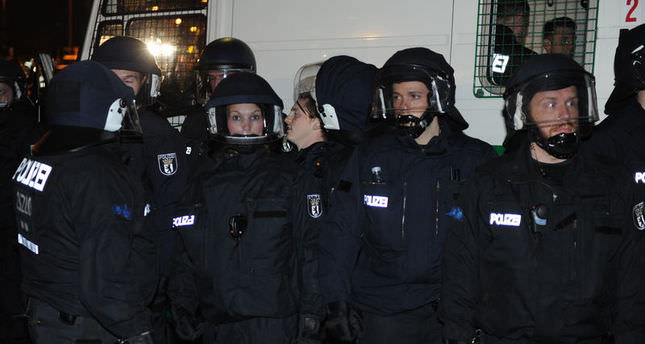 by Anadolu Agency
Apr 01, 2014 12:00 am
BERLIN — German police have arrested three people with alleged ties to the Syrian radical group Islamic State of Iraq and the Levant (ISIL), according to the federal prosecutor's office.


A 35-year-old German and a 26-year-old Turk who were believed to have traveled to Syria last year to join the Islamic group were arrested on Monday.
The third person, a 27-year-old woman with dual German-Polish citizenship, was arrested for allegedly giving the group 4,800 euros ($6,600).
The three face possible charges of membership or providing support for a terrorist group.
ISIL has been fighting opposition forces in Syria since January.
Last Update: Apr 01, 2014 7:53 pm