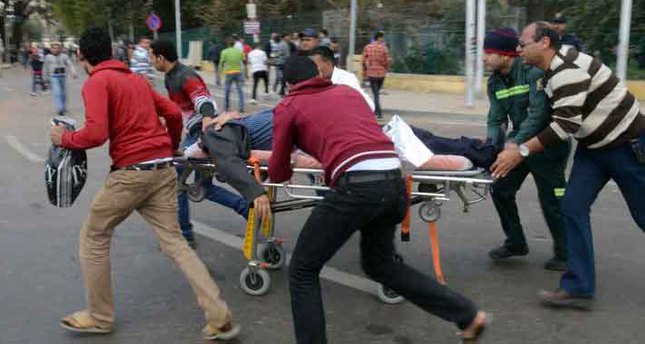 by Anadolu Agency
Apr 02, 2014 12:00 am
CAIRO — An Egyptian police brigadier-general was killed in three blasts outside Cairo University targeting riot police on Wednesday, according to Egyptian security officials.

The officials say the bombs went off seconds apart. Their target was the riot police deployed in the area daily in anticipation of protests by students loyal to ousted President Mohammed Morsi.


Egyptian state TV says the bombs were crude and homemade.