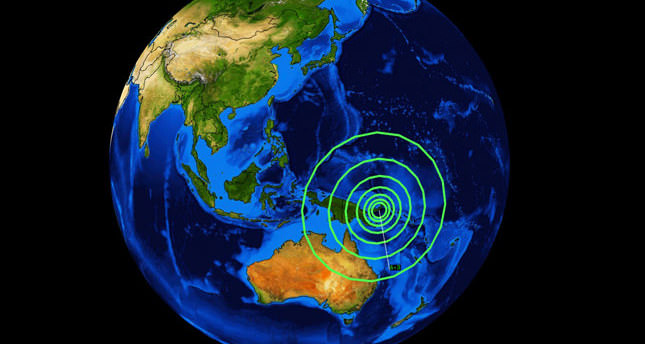 by reuters
Apr 11, 2014 12:00 am
SYDNEY — A strong earthquake with a magnitude of 7.3 was recorded off Papua New Guinea's Bougainville Island, the U.S. Geological Survey said on Friday.

The Pacific Tsunami Warning Centre said a destructive widespread tsunami was not expected but said waves could be generated along coasts in the area from an earthquake of that magnitude.