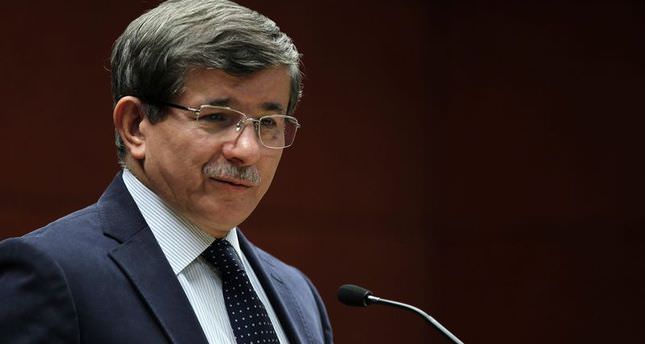 Forei gn Minister Ahmet Davutoğlu, speaking after a meeting with his Mexican, Indonesian, South Korean and Australian counterparts, criticized the stance of the international community on Ukraine and Syria

Davutoğlu said, "The Ukraine problem is very important for us as it is another neighbor and friendly country. It is important to establish stability in Ukraine, however, it is difficult to find a solution for the international community, who have turned a blind eye to casualties in Syria." Davutoğlu was asked if he had any expectations with regards to bringing an end to the Syrian war, in which nearly 150,000 people have been killed. "As the international community could not do its share, the Ukrainian crisis was led up."

Davutoğlu stated that the Syrian crisis is at a critical stage and the Geneva II Conference failed to lead to its desired results. The minister added that at the previous conference in Geneva, the opposition leaned toward meeting all demands that was asked from them while the regime was not open to discussing the prospect of a transitional government. Since then, Aleppo and Idlib have been hit by more barrel bombs and reports suggest that more chemical weapons may have been carried out in the country.

He stated: "Lastly, we are receiving serious news indicating that the chemical attacks are being repeated in both Hama and Aleppo. We hear that chemical attacks are being launched in many regions. We discussed this news with U.S. Secretary of State John Kerry, a few days ago. The United Nations was supposed to intervene when the transfer of chemical weapons was delayed, let alone the use of chemical weapons. We are trying to mobilize the international community. We are striving to draw attention to the Syrian crisis."