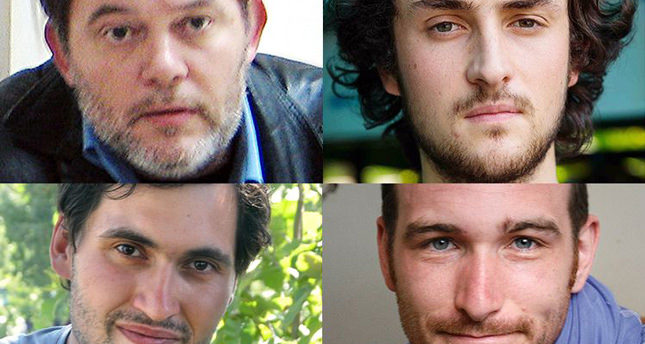 by Apr 19, 2014 12:00 am
ŞANLIURFA — Four French journalists were found by Turkish soldiers on the border with Syria on Saturday after being kidnapped by the rebel group Islamic State of Iraq and the Levant (ISIL) in Syria last June, Turkish media reported.

An unknown group brought the journalists to the Turkish border last night, the news agency reported. They will be taken to hospital then handed over to French officials, it said.