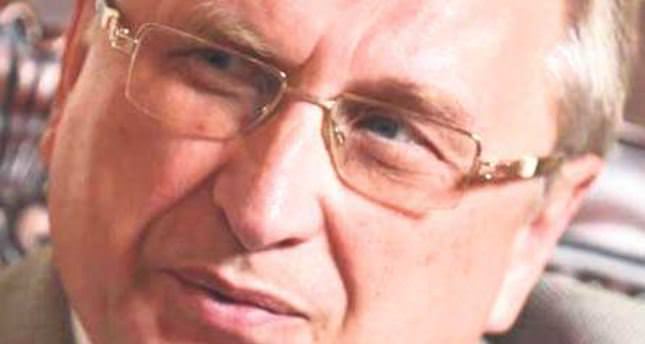 Russian Ambassador to the Greek Cypriot Administration of Southern Cyprus points out the crucial need to resolve the longstanding dispute between Turkish and Greek Cypriots while describing U.S. involvement in the solution of the Cyprus problem as pointless

Russia's ambassador to Southern Cyprus Stanislav Osadchiy, spoke to Daily Sabah. The Russian ambassador expressed his displeasure regarding the role the U.S. was playing in solving the Cyprus problem. When asked if he was bothered by U.S. involvement he said "yes," adding that "if Nicosia is OK with U.S. involvement, then it's OK by us."

Daily Sabah: How would you interpret the results of U.S. Vice-President Biden's visit to Cyprus?

The recent visit of the U.S. vice president to the Republic of Cyprus has confirmed the growing interest of the United States in the region of the eastern Mediterranean. The U.S. are increasingly focusing on the Cyprus settlement process as continuing division of the island prevents the effective development of hydrocarbons, which have been found in the exclusive economic zone (EEZ) of the Republic of Cyprus. The solution of the Cyprus problem should create conditions for the beginning of natural gas reserves exploitation.

Nevertheless, the visit of the vice-president seems not to have given any remarkable additional impetus to the negotiation process, nor was it marked by any initiatives for the settlement.

DS: Mr. Ambassador, what can you say about Cyprus-Russia relations?

The Republic of Cyprus is a traditional partner of Russia. Our countries are bound by historical ties of friendship and common values.

Russian-Cypriot cooperation has been gradually developing in the political, economic, financial, cultural and other spheres. Russia stands on its principle position regarding the Cyprus issue, sequentially making efforts for the settlement to be the result of Cypriots themselves and for it to benefit both Cypriot communities.

DS: Would you comment on your approaches to the development and production of hydrocarbons in the eastern Mediterranean?

We believe that the discovery of large reserves of hydrocarbons in the EEZ of the Republic of Cyprus could have a positive impact on the development of the island's economy. Exploitation of the resources should benefit both the Greek Cypriot and Turkish Cypriot communities. We are convinced that joint harmonious work of the representatives of the two communities regarding the hydrocarbons issue is possible only if a final settlement to the Cyprus problem is found.

In this case proven reserves of raw materials will be able to serve as a benefit not only to Cypriots, but also to a number of citizens of other states. n

DS: What do you think about plans regarding the delivery of hydrocarbons from the eastern Mediterranean to Europe?

Regarding the successful implementation of plans for supplying gas from the eastern Mediterranean region to Europe, it has to comply with the optimum balance between the economic benefit of such a project and the possible risks associated primarily with the security of supply routes. In our view, the current situation in Cyprus and the whole region does not contribute to such a balance.

We hope that Greek Cypriots and Turkish Cypriots together with the concerned countries will be able to overcome all obstacles in order to bring into practice the issue of hydrocarbon supply to foreign markets.

DS: Mr. Ambassador, what would you say to Cypriot communities?

Russia consistently reaffirms its principled stance on the Cyprus settlement, which is possible through the creation of a bi-communal bi-zonal federation with single sovereignty, citizenship, international legitimacy and political equity of the parties, as it stipulated in the relevant resolutions of the U.N. Security Council. It is important that the decision has to be made by the Cypriots without outside pressure, external patronage and timetables. Only representatives of the two Cypriot communities can work together to find a path to lasting peace for the benefit of the future of the island. I gratefully seize this opportunity to wish all the people of Cyprus prosperity and peace.

DS: During his visit Biden said in particular, "we have many topics to discuss," speaking on Ukraine, he added "we must remain resolute in imposing greater costs on Russia, imposing those costs together." How do you evaluate this statement?

The Russian Government has repeatedly expressed its position on the situation in Ukraine.

We believe that the Ukrainian crisis was largely the result of the unhidden support by the Kiev authorities for extremist groups like the "Right sector". The actual ban on the use of the native language for the non-Ukrainian population is a gross violation of human rights. External forces also had played a significant role, as the United States and some of their EU partners have provoked the dramatic extension of the crisis. We continue to insist that peaceful dialogue shall be initiated between Kiev and the south-east of Ukraine. Residents of this region undoubtedly have the right to freely express their position. Russia seeks to help to overcome the crisis in Ukraine. The West deceitfully claimed we had performed gas blackmail.

This statement is an outrageous lie. Kiev has not been paying for Russian energy resources for many months and this is a direct violation of the contract. But for some reason the U.S. and the EU considered this as blackmail by Russia. Finally, how come the West suddenly feels itself entitled to dictate to Russia the price it can sell its own gas?
RELATED TOPICS