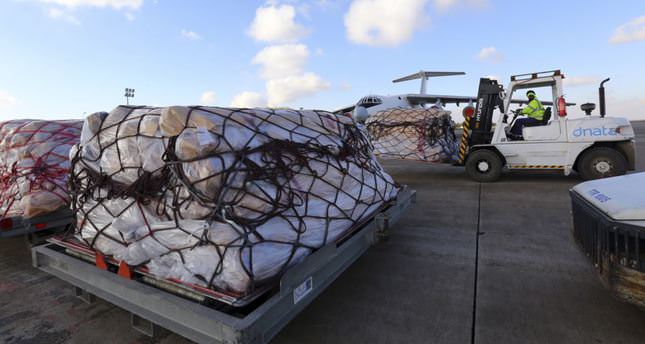 by Jun 25, 2014 12:00 am
The United Nations has tripled its appeal for humanitarian funding for Iraq in 2014 to more than $312 million, with the country battling a fierce militant onslaught.

A lightning offensive by militants in recent weeks has overrun swaths of five Iraqi provinces, killed nearly 1,100 people and displaced hundreds of thousands.

"The funding is urgently needed to help one million people affected by the conflict, including in Mosul and Anbar," Stephane Dujarric, spokesman for UN Secretary General Ban Ki-moon, said Wednesday.

But he cautioned that the original $103 million appeal was "one of the least-funded appeals for 2014, with only six percent of the funding" received so far.

Speaking to journalists via video conference from Baghdad, the UN special envoy for Iraq, Nickolay Mladenov, emphasized that in the country "over one million people have been displaced since January."

He said that among those who have fled their homes, some "are increasingly facing challenges in getting food, many of them dropping to one meal a day.

"The situation remains dire, our resources are overly stretched since the beginning of the year."