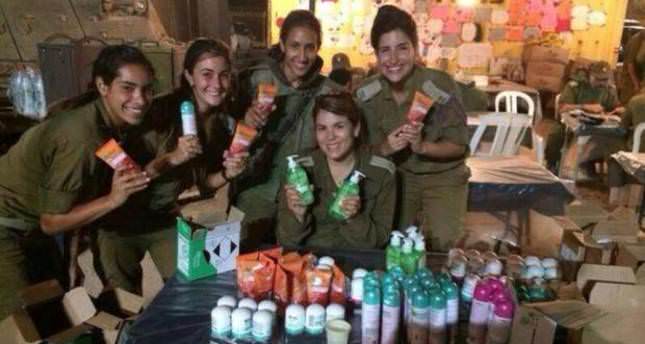 by Daily Sabah with Agencies Aug 09, 2014 12:00 am
Cosmetics company Garnier has issued an apology after their reckless act of delivering female IDF soldiers with beauty packages and posting a message reading "Today's delivery of care packages was stocked with thousands of products for our girls protecting Israel"

Upon the female IDF soldiers sharing their pictures, with the products, on social media and attaching the note "We are honored to be delivering these "girly" care packages for our lovely female IDF fighters!" social media went viral, calling on people to immediately boycott the beauty giant Garnier.

Despite Garniers apology many humanitarians have bombarded Garnier's communication channels, including social media, with messages of disgust and reiterated that they will continue not to buy Garnier products.

The relentless Israeli attacks on the Gaza Strip since July 7 has resulted in the death of nearly 2000 Palestinians, the majority being women and children.