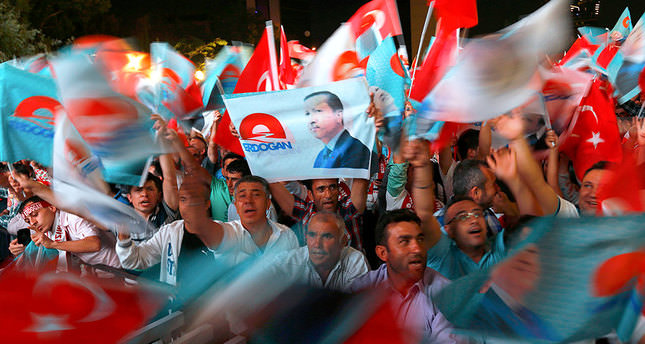 by Daily Sabah Aug 10, 2014 12:00 am
Foreign media has kept their Turkish followers up to date with Turkey's first ever popular voted presidential election and has announced Recep Tayyip Erdoğan as the 12th president of Turkey.

Likewise, BBC, AFP and the Daily Mail all announced Turkey's 12th president as Recep Tayyip Erdoğan reiterating that he was the first ever president to be chosen by popular vote.

All newspapers ,agencies and channels including Al Jazeera, Reuters and AP have broadcasted Erdoğan as Turkey's 12th president.