Aid workers saving lives while fearing for their own 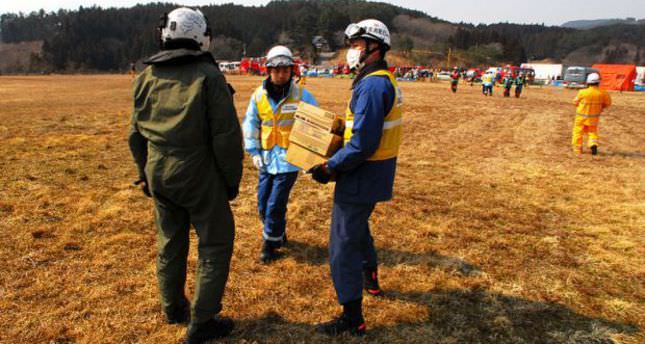 by Aug 18, 2014 12:00 am
Aid workers rushing to save lives worldwide are increasingly becoming targets for attack, in a worrying development for NGOs trying to ease suffering in hostile war zones. From South Sudan, where roaming militias killed six aid workers this month - three of them in an ambush - to Gaza, where 11 U.N. staff were killed in attacks on U.N.-run shelters, relief workers are living dangerously.

Over the past decade, the number of aid workers killed in attacks has tripled, reaching over 100 deaths per year, U.N. officials say. Afghanistan, South Sudan and Syria now rank as the most dangerous countries for humanitarian staff. "Fifteen years ago, the greatest risk to the lives of aid workers were road traffic accidents. That is no longer the case. Violent incidents claim the lives of more aid workers than anything else," said Bob Kitchen, from the International Rescue Committee.

With operations in more than 40 countries, the IRC has lost 12 staff over the past six years: five were executed by the Taliban in 2011 and two were killed in April in a horrific attack on the UN base in Bor, South Sudan. Kitchen, who heads the IRC's emergency response team, attributes the increase to the changing nature of warfare, with more civilians being displaced internally, either unable or unwilling to flee the country. "We are increasingly seeing the need for aid organizations to go into environments of war," he said.

Armed groups such as the Islamic State in Iraq consider aid workers a legitimate target, either as a quick way to earn money or to punish those who help their enemies. "More and more, we're seeing parties to conflicts around the world ignore the rules of war to achieve a political end," said John Ging, head of operations for the U.N. Office for the Coordination of Humanitarian Affairs. "I believe unfortunately that we are seeing more attacks on humanitarian workers as part of a growing deficit of humanity in conflict and in global politics."

The U.N. Security Council on Tuesday will discuss ways of better protecting aid workers during a meeting that coincides with World Humanitarian Day, which marks a 2003 attack on the U.N. compound in Baghdad when 22 U.N. staff were killed.

For U.N. aid worker Ken Payumo, helping civilians in South Sudan meant standing up to armed soldiers who demanded access to the U.N. compound in Bor after thousands had sheltered there, including probably rebel supporters.

On January 19, Payumo ordered the gates of the compound shut and refused to let the soldiers in. He stood unarmed with two other U.N. officials outside the compound refusing to let them in as some 80 battle-weary men pointed rifles at him. "I remember making a decision at that time that everyone in that compound was really more important than I was," said Payumo, a 46-year-old former New York police officer. "If we didn't show how serious we were in protecting civilians right there and then, it would have been a very different story and we would have had to live with it." The soldiers finally decided to leave, but a few months later, the compound was attacked, leaving close to 50 dead.
Last Update: Aug 18, 2014 1:53 am
RELATED TOPICS