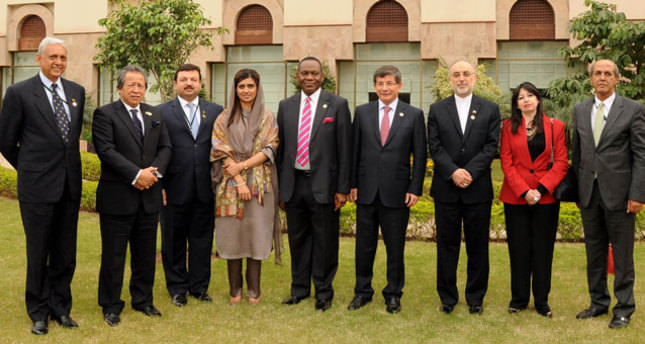 by Yusuf Selman İnanç Aug 28, 2014 12:00 am
The alliance between Indonesia and Turkey dates back to the 16th century when Portuguese pirates started attacking Indonesian boats while traveling to Mecca to fulfill their religious duty. In response, the Ottoman Empire sent a navy to stop the pirates from looting the Indonesian ships. After the sultanate in Aceh sent an envoy to Selim I to demand help, another envoy went to Istanbul in the era of Sultan Süleyman the Magnificent who was the successor of Selim I, to declare their obedience to the caliph. Today, the two countries politically and economically cooperate in D-8 and G-20 organizations. The trade budget between the two countries is more than $1.5 billion (TL 3.23 billion) and is expected to surpass $5 billion at the end of 2015, according to Turkish Foreign Ministry.

Daily Sabah conducted an interview with the Secretary of Cabinet Dipo Alam, to evaluate the current relations and cooperation between the two countries. Alam is known for his love of Istanbul, which includes novels written about Istanbul and for painting landscapes of the Ottoman capital.
Alam, who is in Turkey to attend the inauguration of the President-elect Recep Tayyip Erdoğan, said, "Indonesian President Susilo Bambang Yudhoyono could not attend the inauguration since he had a prior engagement. But he sent his greetings to Mr. Erdoğan and wanted me to congratulate him."

Regarding the question of how do you see the bilateral relations between Turkey and Indonesia, Alam said, "Turkey and Indonesia are two powerful countries, their populations (77 million and 246 million, respectively) are sufficient for improving economic activities. We have such a strong potential for cooperation. We have established very good relations with the outgoing President Abdullah Gül, President-elect Recep Tayyip Erdoğan and outgoing Foreign Minister Ahmet Davutoğlu who will become prime minister after Tayyip Erdoğan."

Regarding the expansion of the cooperation, Alam said, "Turkey is not only active in the region but also in Muslim countries. Similarly, Indonesia has an influence in Asia and in neighboring Muslim countries. Turkey's soft power is like the Ottoman's aid to Indonesians in 16th century. I believe that the two countries can work together to solve the inter-faith problems (referring to the Shia-Sunni conflict, escalated by the Islamic State of Iraq and al-Sham's activities in Syria and Iraq) and to improve inter-religious relations."

Dipo Alam was born in Jakarta in 1949. He is interested in improving the textile industry of his country and he is also known with his artistic side.
Before he was appointed as the cabinet secretary of the current president in 2009, he lived in Istanbul from 2007 to 2009 as secretary general of the D-8, an economic organization.
Last Update: Aug 28, 2014 2:05 am
RELATED TOPICS