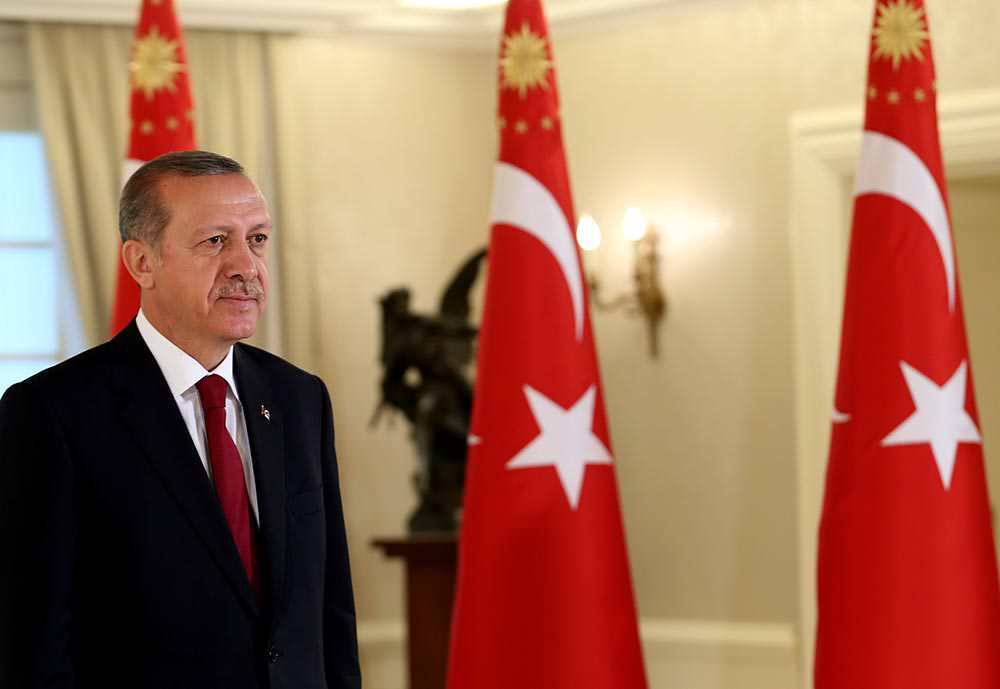 CNN said the presidential role was a "ceremonial one" but that Erdoğan wants to change the Turkish constitution to give it more powers.

Turkey's 12th president, Erdoğan was elected on August 10, garnering around 52 percent of the vote. He took over the position from former president Abdullah Gül, who had served a seven-year term. Erdoğan was sworn in on Thursday.

Christian Science Monitor journal described Erdoğan as Turkey's first president elected by the people and the most powerful leader of Turkey since Atatürk, the founder of the republic.

Russian news agency RIA Novosti called Erdoğan a leader "with a good reputation who is tough enough but knows conciliation."

Many Arab newspapers devoted their front pages to the swearing-in ceremony. Egypt's state-run Al-Ahram pointed out an underrepresentation of western countries during the oath-taking, while a number of Qatari papers praised the "grand" ceremony.

The handover has also been widely covered by Turkmen media, with Turkmen President Gurbanguly Berdimuhamedow attending.

Turkmenistan's Neytralny newspaper reported that the relations between Turkey and Turkmenistan would reach new highs with Erdoğan as president.

Azerbaijan's Yeni Musavat newspaper covered the ceremony, as well as the main opposition party deputy group chairman Engin Altay's throwing a parliamentary bylaw book at the speaker's platform in protest before Erdoğan was sworn in.