Hezbollah leader opposes joining coalition with the US 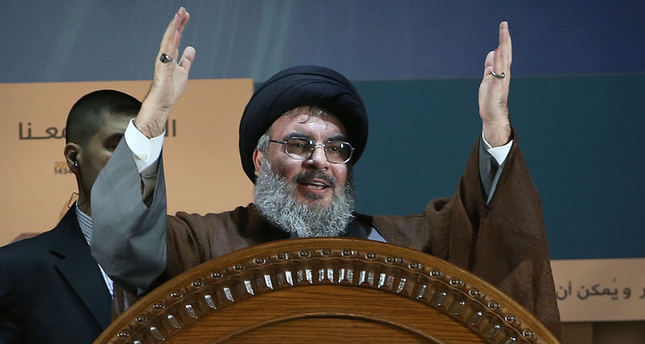 by Daily Sabah with Agencies Sep 24, 2014 12:00 am
The leader of Hezbollah said on Tuesday his Lebanese Shi'ite Muslim group opposed US-led air strikes on Syria and added they won't cooperate with the US in fight against self-proclaimed Islamic State of Iraq and al-Sham (ISIS).

Sayyed Hassan Nasrallah, whose group has been helping Syria's President Bashar al-Assad fight a Sunni-dominated insurgency, spoke after strikes against ISIS and other groups in Lebanon's neighbor Syria.


"We are against American military intervention and an international coalition in Syria, whether that (action) is against the regime or IS," Nasrallah said in a speech aired on Hezbollah-run al-Manar television.

Nasrallah also said that the US was the 'root of terrorism' in the world, implying the basis of their reaction towards the US.