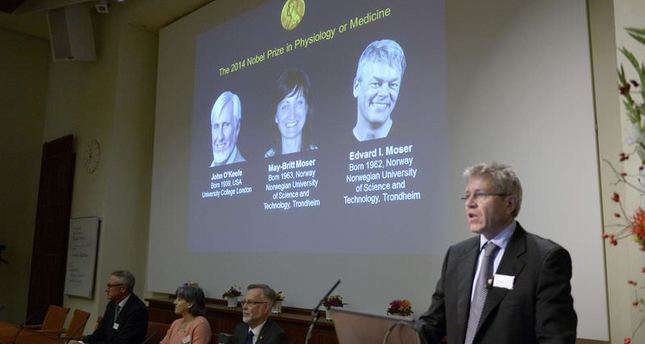 by Daily Sabah with AP Oct 06, 2014 12:00 am
Two Turkish scientists were part of the research team that brought the Nobel Prize in medicine to U.S.-British scientist John O'Keefe and Norwegian husband and wife Edvard Moser and May-Britt Moser for their discoveries of cells that constitute a positioning system in the brain.

The Nobel Assembly at the Karolinska institute says their discoveries have helped explain how the brain creates "a map of the space surrounding us and how we can navigate our way through a complex environment."