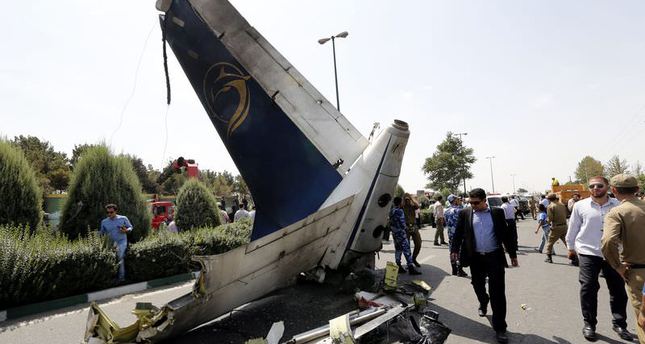 by Associated Press Oct 12, 2014 12:00 am
An Iranian police airplane flying to the country's southeast crashed late Saturday, killing all seven people aboard, including a top police officer, the country's official news agency reported.

The propeller Turbo Commander airplane crashed in the mountains outside of the provincial capital of Zahedan and searchers later found the wreckage, IRNA reported. The agency said the flight carried four passengers and three crew members.

Among those killed was Gen. Mahmoud Sadeqi, a senior police officer in charge of investigations, IRNA reported.

Iran's semiofficial Fars news agency says the plane took off from Tehran to head to southeastern Iran to investigate an incident involving an attack on police there, without elaborating.

Authorities offered no immediate explanation for the crash, though Iranian airlines, including those run by the state, are chronically strapped for cash, rely on aging planes and have a spotty maintenance record.

While some operate Boeing and Airbus models, spare parts for Western-made planes are often hard to come by largely because of sanctions aimed at Iran's nuclear program. Some sanctions have eased in recent months, however, due to an interim nuclear deal with world powers.

Those difficulties have left Iranian airlines increasingly reliant on planes developed by the Soviet Union and its successor states, though parts for aging Soviet-era planes can also be tough to get. That's caused the country to be hit by a series of deadly crashes.

In August, a commercially flown IrAn-140, a twin-engine turboprop plane built with Ukranian technology off an old Soviet-era design, crashed after takeoff from Tehran, killing 39 people.

The last major airliner crash in Iran happened in January 2011, when an Iran Air Boeing 727 broke to pieces on impact while trying an emergency landing in a snowstorm in northwestern Iran, killing at least 77 people.

In July 2009, a Russian-made jetliner crashed in northwest Iran shortly after taking off from the capital, killing all 168 on board. A Russian-made Ilyushin 76 carrying members of the Revolutionary Guard crashed in the mountains of southeastern Iran in February 2003, killing 302 people aboard.
Last Update: Oct 12, 2014 11:57 am
RELATED TOPICS