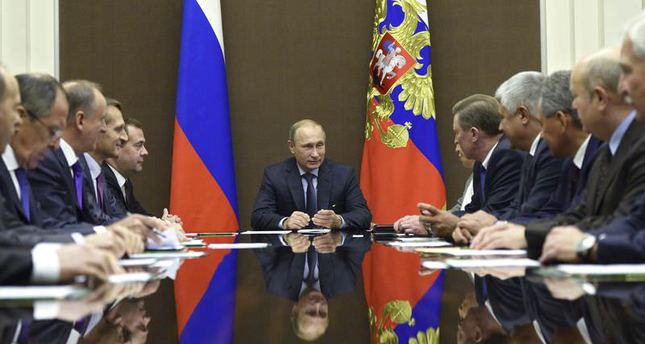 by Oct 12, 2014 12:00 am
Russian President Vladimir Putin has ordered Russian troops to withdraw to their permanent bases after military exercises in Rostov region near the border with Ukraine, Russian news agencies reported late on Saturday, citing Kremlin spokesman.

The troops pullout came before an expected meeting between Putin and his Ukrainian counterpart Petro Poroshenko in Milan next week.

"The minister had reported to the Supreme Commander about the completion of summer period of training on shooting ranges of the southern military district," Peskov said according to RIA Novosti news agency.

"After the report, Putin ordered to launch the return of the troops to their permanent bases... In total, these are 17,600 military servicemen who were trained on the shooting ranges of Rostov region in summer," Peskov said.

Relations between Moscow and the NATO alliance are at a post-Cold War low over Russia's actions in Ukraine, where it annexed the Crimean peninsula in March and has been supporting pro-Russian separatists in eastern Ukraine.

Russia denies the charges but says it has a right to defend the interests of the region's Russian-speaking majority.

The alliance said in the end of last month it had observed a significant pullback of Russian conventional forces from inside Ukraine since an uneasy ceasefire began on Sept. 5.

The Kremlin has said Putin and Poroshenko may hold talks on the sidelines of a summit of Asian and European leaders in Milan on Oct. 16-17.