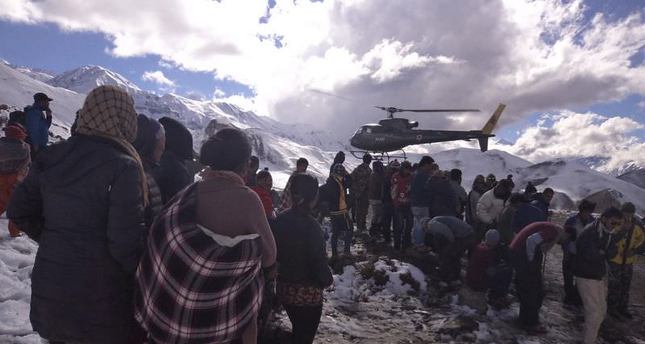 by Oct 16, 2014 12:00 am
At least 85 climbers are still unaccounted for after a blizzard dumped snow and triggered avalanches along a mountain trekking route popular with backpackers, the Trekking Agencies' Association of Nepal said on Thursday.

At least 20 people were killed in the storm. Army and civilian rescue workers say the number of missing is based on a register of climbers in the affected area. Not all of those people were necessarily trapped by the weather and some may have left the trekking area, the rescue workers said.

Gopal Babu Shrestha, the treasurer of the Trekking Agencies' Association of Nepal, said 23 people had been rescued. About 15 climbers were recovering in a hospital in Kathmandu, he said.

"This is one of the worst mountaineering accidents that I can remember," Shrestha said.

Shrestha took part in helicopter rescue operations on Wednesday and said he had seen what appeared to be people trapped along the trail, but that the rescuers had not yet been able to reach them.