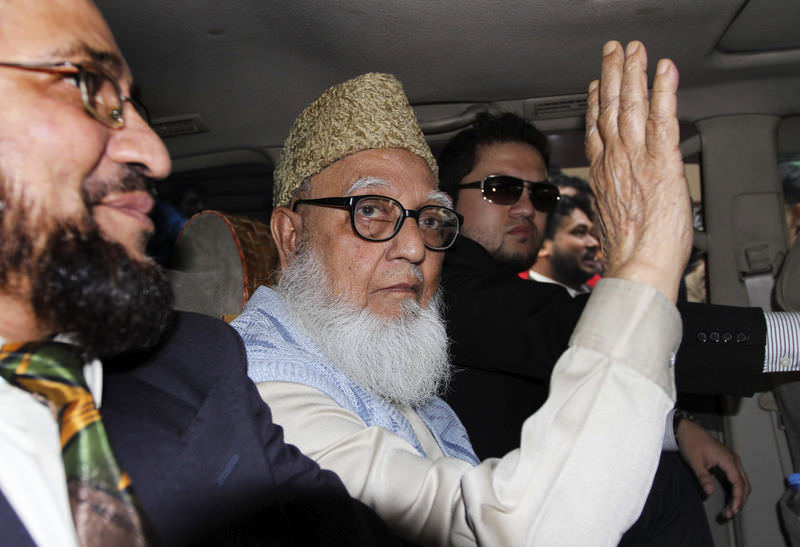 by AA Oct 29, 2014 12:00 am
The leader of Bangladesh's main Islamist party has been sentenced to death after being found guilty of war crimes Wednesday.

The International Crimes Tribunal -- which is a domestic court -- handed the sentence to Jamaat-e-Islami chief Motiur Rahman Nizami on eight of 16 charges he faced.

Nizami was accused of murder, rape, looting and collaboration with the Pakistani army during the war that led to Bangladesh's independence from Pakistan in 1971.

Defense lawyer Tajul Islam told reporters after the sentencing that they reject the verdict and will be launching an appeal.

Jamaat-e-Islami have routinely called for strikes when verdicts for its other leaders have been made by the tribunal, but no strike was called ahead of Nizami's sentencing.

Other figures found guilty by the tribunal include Abdul Quader Mollah, who was executed in December 2013, and former leader Ghulam Azam, who died while serving a 90-year prison sentence last Thursday.

The war crimes tribunals were established in 2009 by the ruling Awami League party to investigate alleged crimes committed during the 1971 war.

Opposition parties and international organizations have criticized the process, with Human Rights Watch expressing concerns over whether the accused received fair trials.