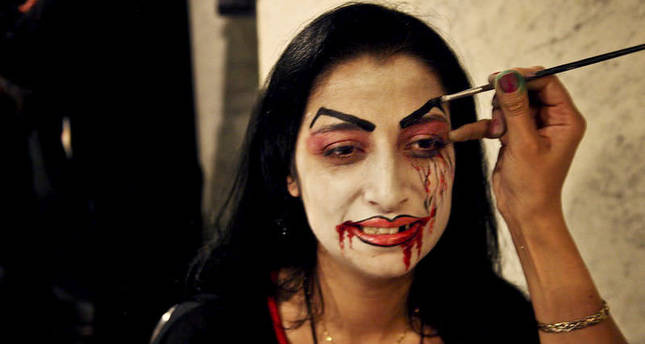 A union representing Malaysia Airlines staff condemned Halloween pictures released on Tuesday, which showed people posing as the crew from the ill-fated MH370 and MH17 flights.

Flight MH370 went missing after taking off from Kuala Lumpur on March 8 with 239 passengers and crew aboard, while MH17 came down over eastern Ukraine on July 17 while carrying 298 people.

MH17 is believed to have been shot down by a surface-to-air missile.

Jabarullah Abdul Kadir, secretary general of the MAS Employees' Union, said: "The whole world is still in a sad phase, following the two back-to-back tragedies which struck Malaysia Airlines, which involved passengers from different parts of the world."

"I cannot believe that there are such people who can make fun out of tragedy. They must be out of their minds," he added.

Speaking to the Turkish Press Agency AA, an emotional Abdul Kadir asked for people to consider the families and friends of the passengers and crew of the two doomed airliners.

He said that the union would assist any families considering legal action against the Halloween online posters.