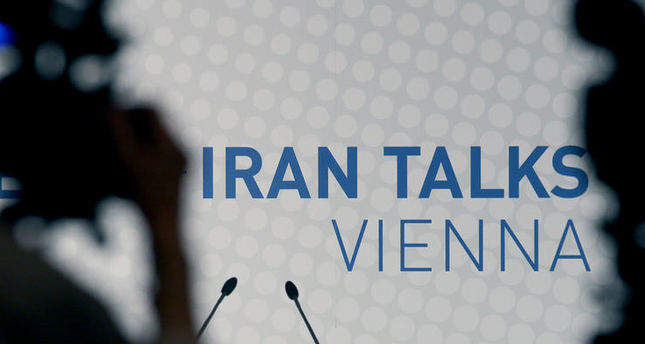 by Nov 08, 2014 12:00 am
Iran's stockpile of low-enriched uranium gas has grown by 8 percent to nearly 8.4 tonnes in about two months, U.N. atomic inspectors say, an amount world powers probably will want to see cut under any nuclear deal with Tehran.

The International Atomic Energy Agency issued a confidential report on Iran to IAEA member states on Friday, less than three weeks before a Nov. 24 deadline for Iran and six world powers to resolve their stand-off over Tehran's atomic activities.

Iran's holding of refined uranium gas is one of the factors that could determine how much time it would need for any attempt to assemble nuclear weapons. Iran says it has no such goal but the West wants verifiable action by the Islamic Republic to make sure it cannot produce an atomic bomb any time soon.

Iran and the six states will meet in Vienna from Nov. 18 to try to seal a long-term agreement to end a dispute that over the last decade has often raised fears of a new Middle East war.

The IAEA report said Iran's stock of uranium gas refined to a fissile concentration of up to 5 percent stood at 8,390 kg, a rise of 625 kg since its previous report in September.

Iran says it produces enriched uranium to make fuel for nuclear power plants. But if processed to a high degree, 90 percent, the material could also provide the fissile core of a nuclear weapon, which the West fears may be its ultimate aim.

Iran halted its most sensitive enrichment work - of 20 percent refined uranium - under an interim deal with the powers last November. But it is still making the lower-grade uranium.

Iran agreed under last year's temporary accord with the United States, France, Germany, Russia, Britain and China to limit its reserve of low-enriched uranium gas by converting new production into a less proliferation-sensitive oxide form, which it started doing a few months ago.

The stockpile is now above the defined level but Iran still has time to reduce it before the temporary deal expires this month, when it is supposed to be replaced by a long-term one.