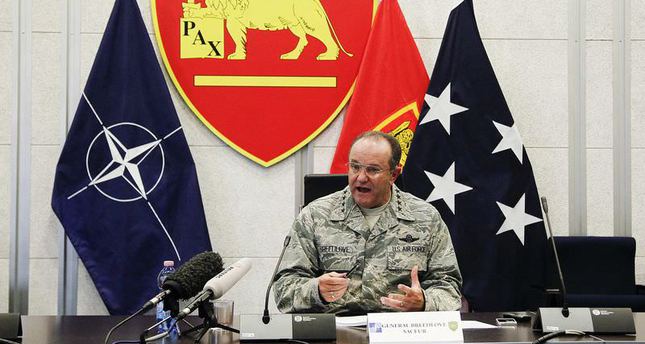 "Across the last two days we have seen the same thing that OSCE is reporting. We have seen columns of Russian equipment, primarily Russian tanks, Russian artillery, Russian air defence systems and Russian combat troops entering into Ukraine," US General Philip Breedlove said in Sofia.

"We do not have a good picture at this time of how many. We agree that there are multiple columns that we have seen," he added.

Observers from the Organisation for Security and Cooperation in Europe (OSCE) reported on Tuesday seeing a convoy of 43 unmarked military trucks -- five towing Howitzer heavy artillery pieces and another five multi-launch rocket systems -- travelling into the rebel stronghold of Donetsk.

It was the latest in a string of recent sightings of unmarked trucks and heavy weapons heading towards the frontline in rebel-controlled areas.

Heavy artillery fire rocked Donetsk on Wednesday. Ukraine's military said one soldier had been killed and two wounded, including one at the airport, as its positions came under repeated shelling around the region.

"What worries me the most is that we have a situation now that the former international border between Ukraine and Russia is completely porous, it is completely wide open," Breedlove said.

"Forces, money, support, supplies, weapons are flowing back and forth across this border completely at will and that is not a good situation," he said.

"We need to get back to a situation where this international border is respected and that will help us to contain the problem of re-supply into eastern Ukraine."