EU Parliament calls on Turkey to withdraw vessels off Cyprus 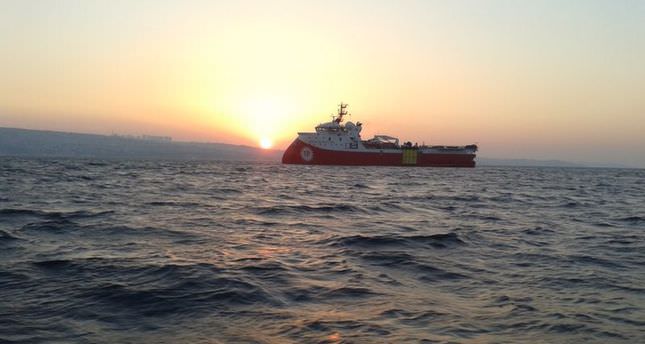 by AA
Nov 13, 2014 12:00 am
The European Parliament has called on Turkey to "immediately withdraw" its vessels from Cyprus and called on Ankara and the Greek Cypriot Administration to resume talks over the divided island "as quickly as possible".

The call came on Thursday in a resolution agreed by the European Parliament Plenary in Brussels amid an on-going dispute between the two sides over oil and gas exploration in the island's waters.

The resolution stated that the EP ''demands Turkish vessels operating in waters in and around the EEZ [so-called Exclusive Economics Zone] of Cyprus be withdrawn immediately".

The European Parliament also expressed "serious concerns" at the latest renewed tensions between the Greek Cypriot Administration and Turkey and called on both sides to ''show maximum restraint in seeking to resolve current differences".

The EU Parliament said Turkey remained a strategic ally in its southern neighborhood and urged ''both sides to resume talks aimed at finding a lasting, peaceful solution as quickly as possible''.

''A settlement would open up the fullest range of options for exploiting hydrocarbon resources, in the most economically advantageous way, and for the benefit of all Cypriots,'' he said.

Turkey's Chief EU negotiator Volkan Bozkır told reporters in Brussels on Wednesday: ''The Greek Cypriot Administration controls only half of the island. That it should possess all of the island's resources will not be accepted by the Turkish Republic of Northern Cyprus."

''The Cyprus problem is also interfering with Turkey's admission to the European Union. Turkey will also respond in a much stronger way to this, by refuting these misperceptions, by revealing the truth."

And Turkish Prime Minister Ahmet Davutoğlu told reporters last month: "We have the right to conduct seismic studies there, according to agreements signed between Turkey and the Turkish Republic of Northern Cyprus [KKTC]. We will always use this right."

A dispute between Turkey and the Greek Cypriot Administration over the divided island of Cyprus on December 11, 2006 prompted the EU to freeze eight chapters of Turkey's accession process into the 28-nation bloc.

The Greek Cypriot administration suspended the most recent talks over the island's future on October 7 after Turkey sent the Barbaros Hayrettin - a seismic vessel - to monitor an oil-and-gas exploration mission off the Cyprus coast.

The Greek Cypriot Administration is a member of the EU and is internationally recognized by all nations except Turkey.