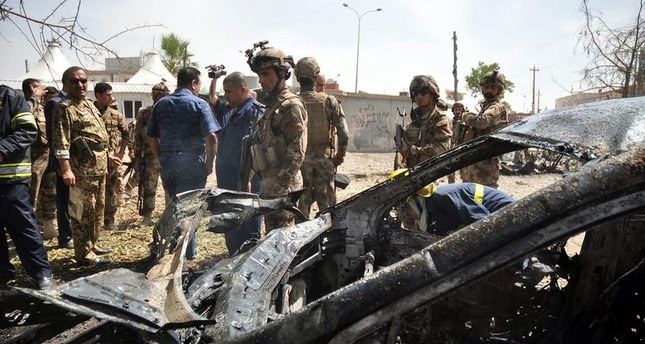 by Dec 04, 2014 12:00 am
A car bomb ripped through a crowded street in a mainly Kurdish neighbourhood of the Iraqi city of Kirkuk on Thursday, killing at least 15 people, officials said.

"It's a busy street with restaurants and shops, there is great destruction," a police colonel said. The explosion rocked the predominantly Kurdish northern neighbourhood of Shorjah.

Both the police colonel and the head of the health directorate for Kirkuk province, Sabah Mohammed Amin, said the blast killed at least 15 people and wounded 20.