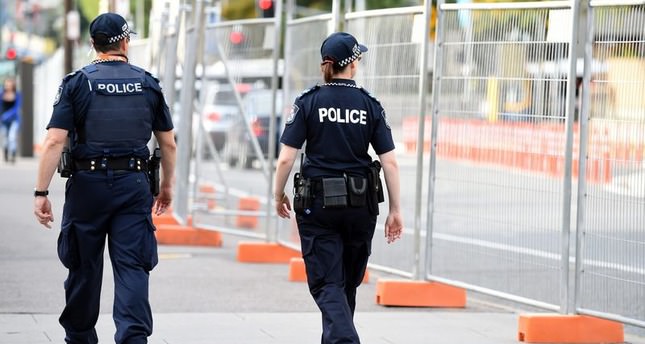 by Daily Sabah Dec 04, 2014 12:00 am
A video showing three Sydney police officers brutally beating a young woman has gone viral, with over 750,000 views on Facebook. During the clip, the victim is repeatedly hit with a police baton and appears to be kicked in the head by a female officer.

Three men and the woman have been charged over the alleged assault of a taxi driver and female police officer on Wednesday.

According to police, the group had started arguing with the driver over a service charge on the meter and got out of the vehicle.

When the taxi driver got out too, he was allegedly punched by one of the men. The driver flagged down a passing police car and officers said the
group then became aggressive towards them.

The video shows two female police officers trying to arrest a struggling woman. The woman is hit repeatedly with a police baton and voices can be heard shouting "let her go" and "she's not resisting arrest".

According to police, the officer who repeatedly struck woman with a police baton will not face any charges. Meanwhile three man and woman have been arrested with a range of offences, including assaulting a police officer, assault, affray and resisting arrest.