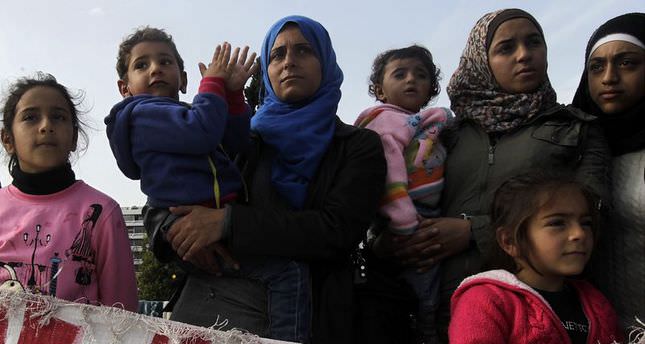 Rich countries like the Gulf States and European Union members have failed to provide an adequate response to the Syrian refugee crisis, Amnesty International said in a report called "Left out in the Cold: Syrian refugees abandoned by the international community" released on Friday. The report was released ahead of a UN pledging conference in Geneva on December 9.

Amnesty International, a London-based rights group, criticized the "pitiful" number of places given to vulnerable Syrian refugees in wealthier nations. Since the start of the conflict in Syria in 2011, the neighboring countries have carried the heavy burden. However, the staggering scale of the refugee crisis has pushed the capacity of the host countries to their limit. Compared to the 3.8 million Syrians residing in the five neighboring countries within the region, Turkey, Lebanon, Jordan, Iraq and Egypt, the number of Syrians taking shelter in wealthy nations is significantly lower considering the magnitude of the displacement in Syria. "Only 1.7 percent of 3.8 million have been offered sanctuary by the rest of the world," Amnesty said.

"The shortfall in the number of resettlement places for refugees offered by the international community is truly shocking. Nearly 380,000 people have been identified as in need of resettlement by the UN refugee agency, yet just a tiny fraction of these people have been offered sanctuary abroad," said Sherif Elsayed-Ali, Amnesty International's head of Refugee and Migrants' Rights.

Amnesty International also called on Gulf States to share the burden, saying: "The complete absence of resettlement pledges from the Gulf is particularly shameful. Linguistic and religious ties should place the Gulf States at the forefront of those offering safe shelter to refugees fleeing persecution and war crimes in Syria."

While the number of Syrian refugees reaching Europe is increasing, with only a small number of Syrians having been able to resettle on the continent, European countries have imposed severe restrictions on Syrians fleeing the war. "The number of refugees hosted by [Lebanon] is 715 times the total of the number of Syrians who sought asylum in the EU in the last three years and the resettlement places offered by the EU," Amnesty International reported.


With neighboring countries struggling to cope with the influx, European countries have been imposing restrictive measures on Syrian refugees. In the face of millions of desperate and vulnerable Syrians fleeing the war, Britain has allowed only 100 Syrians to reside in the country under a special relocation program for refugees.

Among the EU bloc, Germany has recorded the highest number of asylum applications in 2013, 109,600 in total, and this number is expected to gradually increase due to the worsening humanitarian situation in Syria. However, as Germany is one of the largest recipients of asylum applications among European countries, the resettlement quotas show that only a small number of Syrians can obtain legal status.

As the number of Syrians fleeing the violence has increased, the percentage of refugees heading to Europe remains small with around 4 percent of Syrians having sought asylum in European countries. Ensuring access to asylum for refugees, including at sea or land borders, remains a significant challenge for European countries. The UN refugee agency has called on EU member states to fulfill their international protection obligation, while stressing the necessary measures for Europe to ensure solidarity and protection for Syrian refugees in order to provide better human conditions.