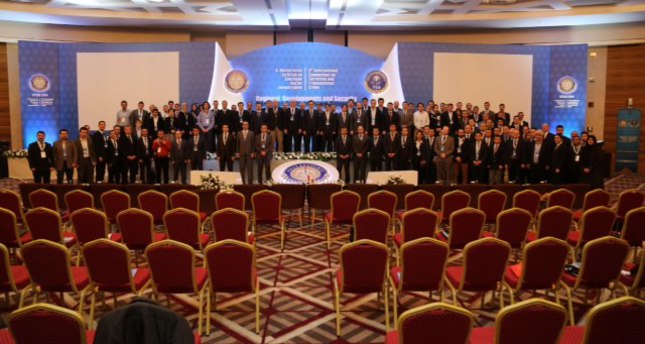 The symposium lasted for three days and included 10 sessions. In each session, several academics and journalists specializing on different issues gave presentations and held debates. Some of the sessions were directly linked to current regional developments. For instance, the emergence of the Islamic State of Iraq and al-Sham (ISIS), changing borders, foreign fighters, the ongoing reconciliation process in Turkey and the Arab world after the Arab uprisings were discussed. Meanwhile, in some sessions, the speakers mentioned more theoretical perspectives toward the tasks and definition of state concepts and the search for a new public order in the region.

In the three-day-long symposium, participators from several countries including Turkey, Tunisia, India, the U.S., U.K. and Denmark had the opportunity to offer different views on current debates toward the conflicts in the region. While Turkish policy toward Sub-Saharan Africa was on the table, the U.S.'s Syrian policy was also discussed along with the other regional actors' desires and demands.

In response to the question of what UTSAM hoped for in organizing with the symposium, Mehmet Özkan, director of UTSAM, said: "Turkey is among the territories where security problems have emerged. Therefore, it is very sensible to organize such a symposium in Turkey with the participation of several academics and journalists from different countries."

He mentioned two goals for the symposium: "The first one is to discuss the developments in the Middle East through covering all the dimensions of the issues. Thus, we also want to see what should and can be debated. In other words, we aim to determine what topics must be focused on more."

As the second aim of the symposium he mentioned the ongoing reconciliation process in Turkey with the PKK to provide stability in the country's east. Özkan underlined Turkey changing policy toward its east in terms of making security policies in a more conciliatory way than before. "We also wanted to see the experiences of other countries in terms of making security policy. We wonder if any other perspectives on security within different paradigms are possible."

He also explained why the "security" concept was preferred instead of the more popular word "terrorism." He explained: "We deal with how to make security policies, how to approach security and delve into the relation between state sovereignty and security."