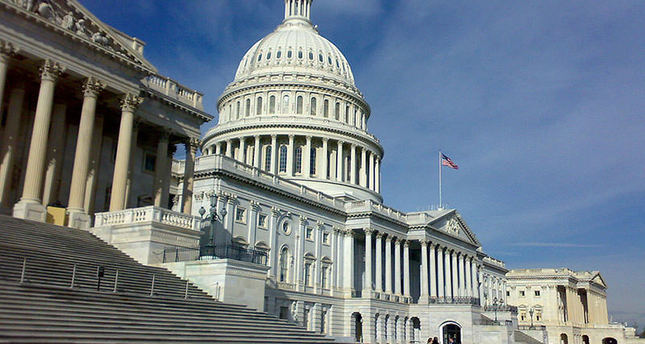 A U.S. congressman, who gave a speech praising Fethullah Gülen in Congress, has returned donations worth thousands of dollars following allegations of money laundering and violations of federal regulations on campaign financing.

Matt Cartwright, a Democrat from Pennsylvania in the House of Representatives, received at least $7,500 of donations in October in a meeting that took place at the Lehigh Dialogue Center in Bethlehem, Pennsylvania, which is tied to the Gülen Movement, led by retired imam Fethullah Gülen who lives in rural Pennsylvania in a self-imposed exile. Gülen is at odds with the Turkish government over the influence he wields inside Turkish police forces and top judiciary posts and has been in the spotlight since last year's December 17 operation that was believed to be organized by his disciples to topple then Prime Minister Tayyip Erdoğan's government.

Cartwright submitted a text to Congress "recognizing" Gülen as a "pillar of peace and humanity" and someone who promoted "a moderate blend of Islam in a time of growing radicalism" on November 10 after receiving donations. Cartwright's office declined to answer Daily Sabah's questions about the timing of the praise and the representative's opinion about Gülen's activities both in the U.S. and Turkey.

However, Cartwright's communications director finally responded to Daily Sabah's inquiry after a number of allegations regarding the state of donations came forward.

A Daily Sabah investigation revealed that an individual who donated at least $1,000 at Gülen's Dialogue Center in Bethlehem didn't have a green card. U.S. Federal Election Commission (FEC) guidelines explicitly says that any foreign nationals, except those holding green cards, are not able to make political contributions to candidates who are running for or are an incumbent of a federal office.

Although the Internal Revenue Code of the U.S. forbids a non-profit to directly or indirectly participate in any political campaign on behalf of any candidate for elective public offices, Members of the Gülen Movement used the Lehigh Dialogue Center as a venue for fundraising for Cartwright's campaign. The center describes itself as a non-profit organization and therefore it is under the danger of losing its tax-exempt status.

A source familiar with the matter also said that the movement tried to conceal the true source of the donations by giving hard money to their members and friends to make political contribution on their behalf. The FEC clearly says that reimbursing for campaign contributions constitutes illegal money laundering.

Cartwright's spokesman and campaign manager, Shane Seaver, said that their campaign was informed that there may be an issue with some contributions that they received in October. "It is unclear whether there was in fact anything improper about those donations, and we are looking into it. In the meantime, out of an abundance of caution, we have returned those donations."

This is not the first time Cartwright received donations from Gülen Movement-affiliated contributors. Apart from the refunded donations, FEC reports show that a number of Turks with close links to the Gülen Movement have contributed more than $10,500 to his campaign since 2013.

The Gülen Movement's donation strategy is nothing new for Turkey. A detailed review of donations by Turkish citizens in election files showed that Gülen has been transferring huge amounts of money to candidates from both U.S. parties since 2006. Over $1.5 million were contributed to a variety of politicians from President Barack Obama to Texas Republican Governor Rick Perry, who notoriously suggested the exclusion of Turkey from NATO and claimed that terrorists run the Turkish government.

The Gülen Movement has even organized free trips to Turkey for members of Congress and state lawmakers. A LegiStorm search showed that between 2000 and 2014 over $3 million was spent on U.S. lawmakers' trips to Turkey. Detailed inquiries have exposed that almost every journey was organized by Gülen Movement-affiliated associations.