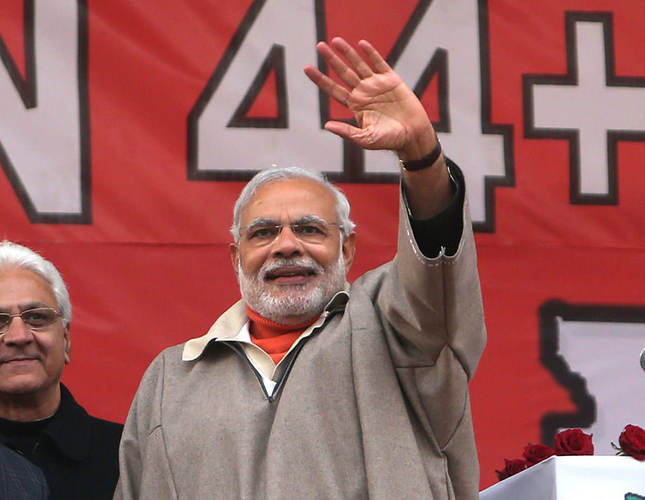 by AA Dec 09, 2014 12:00 am
India's Prime Minister has won the TIME magazine's Person of the Year readers' poll, a title designating the person who has most influenced the world in the past year.

The leader of India's Hindu nationalist Bharatiya Janata Party, Narendra Modi became India's 15th prime minister in May after a marathon election campaign in which he portrayed himself as a pro-business candidate who would revive the country's flagging economy.

Protesters who took to the streets in Ferguson, Missouri, after the August 9 shooting death of an unarmed teenager by a white police officer were placed second with nine percent of the vote.

Hong Kong protest leader Joshua Wong; Pakistani human rights activist Malala Yousafzai; and the doctors and nurses treating Ebola in West Africa were the other candidates in the top five.

Turkish President Recep Tayyip Erdoğan, the only finalist from Turkey, was placed 29th place in the poll, eleventh among the politicians, with one percent of the votes.

The results of the readers' poll are non-binding, as the Person of the Year is chosen by TIME's editors. The news title will reveal its pick Wednesday.

The winner traditionally appears on the front cover of a special issue of the magazine.