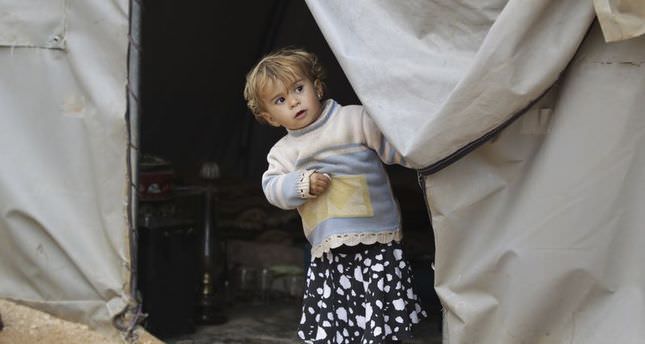 The pledging conference had called for 130,000 resettlement spots for the most vulnerable Syrian refugees.

UN refugee chief Antonio Guterres appealed to delegates from around 40 countries to show solidarity and share burden with Lebanon, Jordan, Turkey, Iraq and Egypt that were hosting about 3.2 million Syrian refugees.

Guterres said that there were firm pledges from 25 countries and 11 others expressed commitment for their pledges in the future.

He said there were indications that "there will be about 100,000 resettlements."

The conference also called for a "Europe-wide campaign," where all European countries shoulder their fair share.

Sweden, with some 60,000 asylum seekers from Syria, said it would resettle 1,500 Syrian refugees over the next two years.

The U.S. announced to take in 9,000 Syrian refugees and said it would accelerate its resettlement program.

Syria's neighboring countries also called for a sustained international response to share the burden of refugees.

Turkey said it had received, in just three days, the equivalent of the total number of refugees that European countries were hosting.

Jordan said it had never rejected a Syrian refugee, despite it being the third poorest country in terms of water resources.

Batchelor said that there were now more Syrians than Turks in Turkey's southern province of Kilis, where there were about 800,000 Turks when the conflict started four years ago.

"It has one hospital and sometimes Turkish people cannot find a space in the hospital," she said.