US says its stance on PKK has not changed 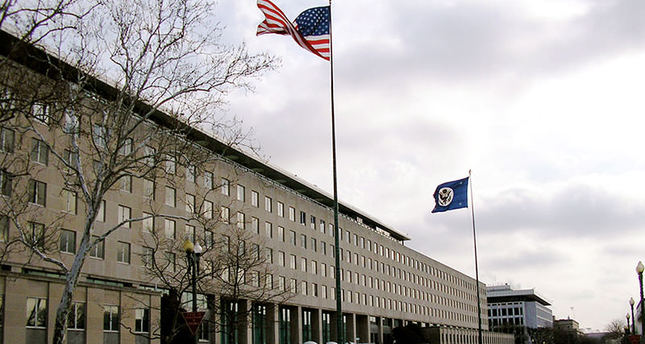 The U.S. State Department on Tuesday said its stance on the outlawed Kurdistan Workers' Party, or PKK, has not changed, indicating it continues to label the organization as a terrorist group.

The State Department has also denied supplying U.S. arms to Kurdish militants defending the besieged town of Kobani, insisting that any supplies are from the Kurdistan Regional Government in northern Iraq.

"The United States is not providing U.S. arms to the PYD," a department official told the Turkish press agency AA referring to the Kurdish Democratic Union Party.

Turkey views the party as a branch of the PKK, and has condemned arming the Democratic Union Party's militant wing, which is known as the People's Protection Units.

Washington, however, has carried out air drops to reinforce the group as it seeks to defend the key Syrian border town from ISIS advances.

"It became clear in October that the anti-ISIS forces defending Kobani were running dangerously low on supplies necessary to continue the fight against ISIS there on the ground. That is why President (Barack) Obama decided to resupply Kobani's defenders by air with supplies provided by Kurdistan Regional Government authorities in Iraq," the official said, distinguishing U.S. arms from those supplied by the Kurdish government in northern Iraq.