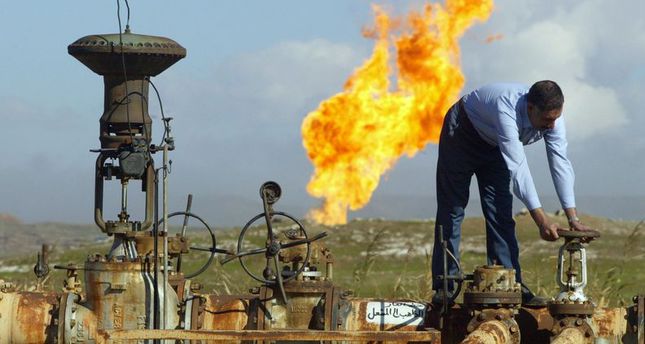 by Dec 17, 2014 12:00 am
Iraq's semi-autonomous Kurdistan Regional Government (KRG) will ramp up oil exports in the coming months, moving it closer to economic self-sufficiency while it works to clinch a final deal with Baghdad on crude sales and revenue sharing.

KRG natural resources minister Ashti Hawrami told a conference in London that the Kurd's pipeline to Turkey could carry 800,000 barrels per day next year, including 550,000 bpd to be marketed by Baghdad under a first-stage deal reached this month.

The increase in exports from the north of the country, which are currently about half that amount, could exacerbate an oil glut that has helped to push benchmark Brent crude down 45 percent since June to a five-year low below $60 a barrel.

Hawrami said he was "hopeful for the first time" that the long-running dispute over independent Kurdish oil sales could be resolved due to a "big change in attitude" under the new Iraqi prime minister, Haider al-Abadi, who took office in September.

"The KRG will play its full role in helping Iraq to meet its energy export targets," in 2015, Hawrami said.

The two governments are yet to reach a final agreement on Iraqi Kurdistan's right to export oil independently, but Hawrami said the KRG would continue to sell a portion of its crude while negotiating the terms with Baghdad.

"We have set ourselves clear targets for self-sufficiency, so we will never again face the violence of economic threats and embargoes on our region."

Baghdad this year cut off Kurdistan's budget allocation in response to the autonomous region's decision to export oil unilaterally, a move it derided as smuggling. The KRG says its right to export oil is enshrined in the 2005 constitution.

The interim deal agreed this month restored the KRG's budget allocation in return for handing some Kurdish oil over to Baghdad.

Hawrami said he saw Kurdish-produced oil shipments on its pipeline to the Turkish Mediterranean port of Ceyhan rising to 500,000 barrels per day (bpd) by the end of the first quarter of 2015 from current levels of around 400,000 bpd.

The KRG will give 250,000 bpd of Kurdish crude to the federal State Oil Marketing Organisation (SOMO) under the terms of a draft 2015 federal budget. Hawrami said Arbil would be a net contributor to Iraq's finances by the end of next year.

The KRG will market the remainder of its oil independently, Hawrami said. He added the KRG will also allow an estimated 300,000 bpd of crude from fields in the disputed province of Kirkuk to be exported through the KRG's pipeline under SOMO.

The pipeline, which has rapidly increased exports this year, is being expanded by new pumping stations, Hawrami said.

Baghdad's own pipeline from Kirkuk to Ceyhan is no longer operational because it runs through territory controlled by self-proclaimed Islamic State of Iraq and al-Sham militants.