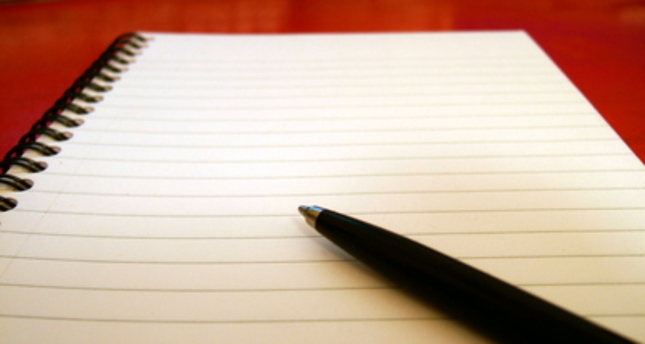 by Amal Ahmed Albaz Dec 17, 2014 12:00 am
As global crises and uprisings emerge, journalists are finding it harder and harder to do their job. According to a report released yesterday by Reporters Without Borders (RWB), 66 journalists were murdered, while 119 were kidnapped this year– a 35 percent increase on last year's figure.

The five most dangerous countries for journalists are Syria, Palestine (notably Gaza), Ukraine, Iraq and Libya, as they are considered war zones. Media outlets are usually owned and run by the government, shunning any opposition coverage, in an attempt to suppress protests and contradicting ideologies. Syria in particular, along with other countries, acts this way, denying foreign reporters entry to cover the issues at hand. Similarly, just a few days ago, American political analyst, Michele Dunne, was denied entry into Egypt for similar reasons.

Egypt's neighbor, Libya, particularly eastern Libya, was considered one of the five most dangerous places for journalists to work, with threats like "We'll cut off your fingers if you continue to write," often used. The youngest journalist to be gunned down this year in Libya was 18 years old.

Meanwhile, in Ukraine, six journalists were killed during the period May to August. Even though fighting has de-escalated, checkpoints are common, giving journalists a hard time travelling around. "Regarded with suspicion and pressured to support the belligerents' cause, they are subjected to constant intimidation," the report stated. The most exposed are local journalists, who are persistently threatened, beaten and rough-handled. Local journalists suffer the most, making up 90 percent of those abducted, leading them to flee their homes. In the past year, 47 Libyan and 37 Syrian reporters fled their homelands.

"The murders are becoming more and more barbaric, and the number of abductions is growing rapidly, with those carrying them out seeking to prevent independent news coverage and deter scrutiny by the outside world," the report said. "Exposed to such diverse forms of intimidation, twice as many journalists fled into exile this year as in 2013."

China leads the way when it comes to imprisoning journalists, with 33 currently behind bars, followed closely by Eritrea and Iran. Though many journalists do not face long prison sentences, more than 850 were arrested this year, which impedes and obstructs their work as media personnel who have a duty to report. Ukraine has arrested the most journalists, followed by Egypt.

As social media has evolved into an accessible platform, many normal citizens have begun to share the role of journalists, posting videos and updates from the heart of events, creating a new phenomenon called citizen journalism. So although they may not be considered "professional" journalists, they engage in similar acts, resulting in similar treatment such as being arrested, imprisoned and harassed.