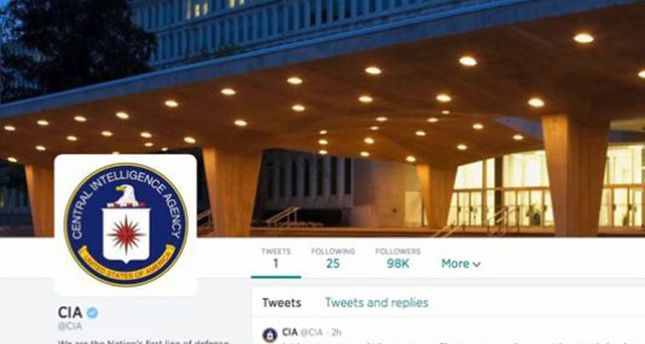 by Dec 22, 2014 12:00 am
WikiLeaks on Sunday released two CIA documents that offered tips to help spies maintain their cover while using false documents as they crossed international borders.

The two documents, dating from 2011 and 2012, are marked classified and "NOFORN," which means they were not meant to be shared with allied intelligence agencies, WikiLeaks said.

The documents outline a number of strategies for agents to avoid secondary screening at airports and borders.

Some are obvious: don't buy a one-way ticket with cash the day before flying. Others perhaps less so: don't look scruffy while traveling on a diplomatic passport.

"In one incident during transit of a European airport in the early morning, security officials selected a CIA officer for secondary screening," one of the documents reads.

"Although the officials gave no reason, overly casual dress inconsistent with being a diplomatic-passport holder may have prompted the referral."

The CIA agent involved went on to have his bag swabbed for explosives and it tested positive.

Despite extensive questioning, he stuck to his cover story that he had been involved in counterterrorism training in the United States, and eventually was allowed to continue his journey.

"Consistent, well-rehearsed, and plausible cover is important for avoiding secondary selection and critical for surviving it," the CIA wrote.

In a statement, WikiLeaks said this example "begs the question: if the training that supposedly explained the explosives was only a cover story, what was a CIA officer really doing passing through (a European Union) airport with traces of explosives on him, and why was he allowed to continue?"

One of the CIA documents, called "Schengen Overview," reveals that the CIA is very concerned about EU nations introducing biometric security measures for people traveling on US passports and that new systems pose an increased "identity threat" -- in other words, making it harder for agents to travel on false documents.

The document focuses on the EU's Schengen area, a chunk of Europe in which travelers between 22 EU countries are no longer required to show passports.

WikiLeaks founder Julian Assange said the documents show the CIA is intent on carrying out spying in Europe.

"The CIA has carried out kidnappings from European Union states, including Italy and Sweden, during the Bush administration," Assange said in a statement.

"These manuals show that under the Obama administration the CIA is still intent on infiltrating European Union borders and conducting clandestine operations in EU member states."

Sunday's release is the second in a series of CIA releases from WikiLeaks.

The documents can be seen at: https://wikileaks.org/cia-travel/