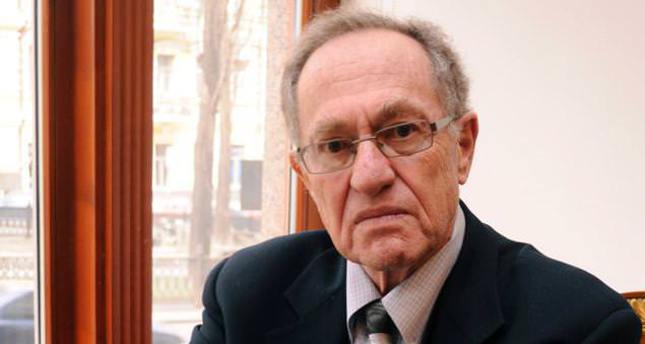 by Daily Sabah with Agencies Jan 03, 2015 12:00 am
A Woman, identified only as "Jane Doe #3" in court papers, filed a motion in a Florida court on Monday, alleging she was "forced to have sexual relations" with Alan Dershowitz, a professor emeritus at Harvard University and famed advocate for Israel, and Britain's Prince Andrew, the Duke of York.

The plaintiff said she was forced to have sex on private airplanes and in multiple locations in the United States with Dershowitz.

She is said to have been 17 at the time of the alleged meetings, meaning she was underage according to Florida law.

Alan Dershowitz denied the allegations, said the story was "made up" and accused "Jane Doe #3" of "filing a false and malicious legal proceeding" in an attempt to extort money.

As a response, "Jane Doe#3" said in a statement issued to the Guardian through her lawyers: "These types of aggressive attacks on me are exactly the reason why sexual abuse victims typically remain silent and the reason why I did for a long time.

The woman also alleged she was "forced to have sexual relations" with Andrew, the Duke of York, in London, New York and the Caribbean at the behest of Jeffrey Epstein.

Epstein, a known friend of the 54-year-old prince, was convicted in 2008 of soliciting an underage girl for prostitution and served a prison term.

In a strongly worded response on Friday, Buckingham Palace said that "any suggestion of impropriety with underage minors is categorically untrue".
Last Update: Jan 04, 2015 11:00 am
RELATED TOPICS