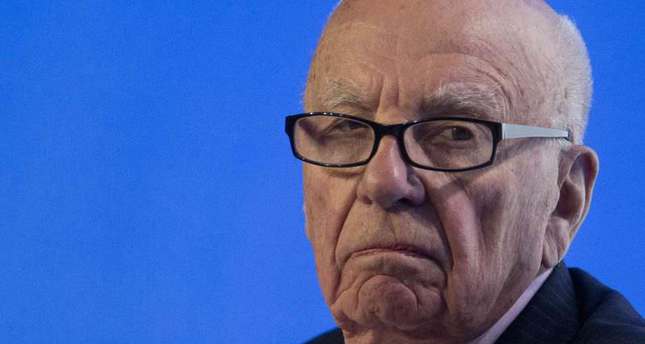 by Daily Sabah Jan 11, 2015 12:00 am
The 21st Century Fox Chairman and CEO, Rupert Muldoch is facing heavy criticism after sharing his opinion over the recent Paris attacks on his Twitter account saying that all Muslims should be held responsible for the violence caused by extremists.

Murdoch tweeted that "Maybe most Moslems peaceful, but until they recognize and destroy their growing jihadist cancer they must be held responsible," going on to tweet "Big jihadist danger looming everywhere from Philippines to Africa to Europe to US. Political correctness makes for denial and hypocrisy."

After his controversial tweets, Murdoch received widespread criticism on social media for holding a religion of billions of people responsible for the actions of extremists. 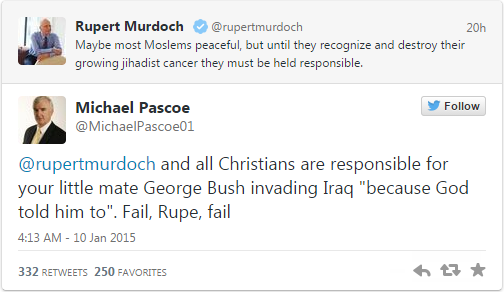