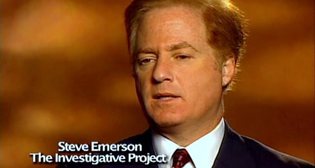 "In Britain, it's not just no-go zones, there are actual cities like Birmingham that are totally Muslim where non-Muslims just simply don't go in," Emerson had stated on FOX News

Britain's Queen Elizabeth now wears a hijab. A major British city has removed the suffix "ham" from its name because it is not halal. Elderly Britons are being mass-converted to Islam in mosques branded "Mecca".

These were some of the satirical visions on social media mocking a U.S. pundit on terrorism who told the U.S. television channel Fox News that Britain's second largest city, Birmingham, was "totally Muslim".

"In Britain, it's not just no-go zones, there are actual cities like Birmingham that are totally Muslim where non-Muslims just simply don't go in," Steve Emerson said in a clip that has caused hilarity in a city well-known for its diversity.

According to Britain's most recent census in 2011, the population of Birmingham is just over 1 million, of whom 46 percent describe themselves as Christian, 22 percent as Muslim and 19 percent as having no religion. People of other faiths also live in Birmingham.

Emerson, who is described on his website as "an internationally recognised expert on terrorism", has already apologised for his comments, but this has failed to stop an avalanche of satirical responses on the Internet.

"Queen of England forced to convert to Islam. Seen here in her hijab," wrote Anthony Hillman on Twitter below a picture of a cheerful Queen in a patterned green headscarf - her preferred informal dress on blustery days.

"The city is now called Birming because Ham is not halal," said Kamila Shamsie, using the popular hashtag #foxnewsfacts.

"Muslims have their own Mecca in Birmingham. They are trying to take over the whole UK now," tweeted "Moss". Mecca is a chain of bingo halls popular with some elderly Britons.

"Terrifying photo of how a typical Muslim from Birmingham guards the city gates against infidels," wrote "Pavilion Opinions" below an image of cricketer Moeen Ali, who plays for England and sports a bushy beard, preparing to swing his bat.

Away from the satire, Prime Minister David Cameron said he had choked on his breakfast porridge when he heard Emerson's comment. "This guy is clearly a complete idiot," he said on ITV television.

Birmingham City Council posted an official response on its website. "These curious comments clearly have no foundation," the statement said, describing Birmingham as "an incredible place, rightly held up as an example of how communities can and do live and thrive together".

The council invited Fox News to come for a visit.

In an apology published on the website of his research organisation, The Investigative Project on Terrorism, Emerson said: "I have clearly made a terrible mistake for which I am deeply sorry ... I am issuing this apology and correction for having made this comment about the beautiful city of Birmingham."

The apology itself was soon the butt of jokes - despite a makeover, even the city's supporters struggle to love some of its remaining 1960s high-rise buildings and urban motorways.