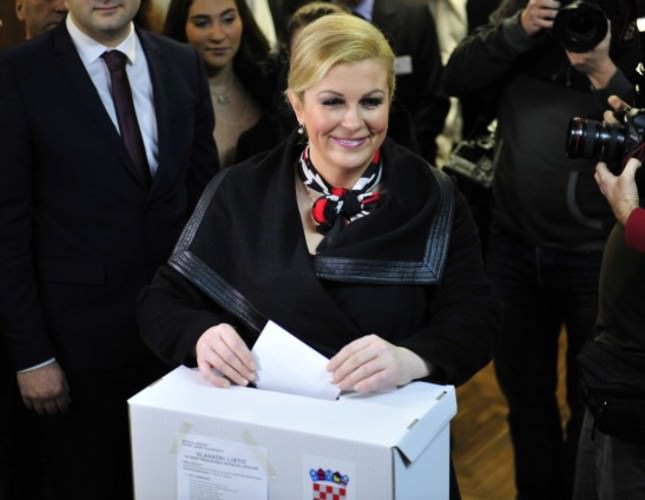 by Anadolu Agency Jan 12, 2015 12:00 am
Kolinda Grabar-Kitarovic of the Croatian Democratic Union was declared winner of Croatia's presidential run-off with 50.43 percent of the vote, the country's electoral commission announced late Sunday at a press conference held in Zagreb.

Her rival, incumbent President Ivo Josipovic of the Social Democratic Party, came in second with 49.57 percent, the commission said.

Voter turnout stood at 58.91 percent of the voters registered in the country and abroad.

Kolinda Grabar-Kitarovic, 46, previously served as a NATO assistant secretary general, minister of foreign affairs and was ambassador to the United States.

Croatia held its sixth presidential election since 1990, when the first democratic elections were held in the country after it became independent from Yugoslavia.

The president is elected for a five-year term in Croatia. According to the country's constitution, a candidate can serve as president for a maximum of two terms.

Josipovic has been president since 2010; his term expires on February18. The inaugural ceremony, at which the new president will take office, will be held same day.