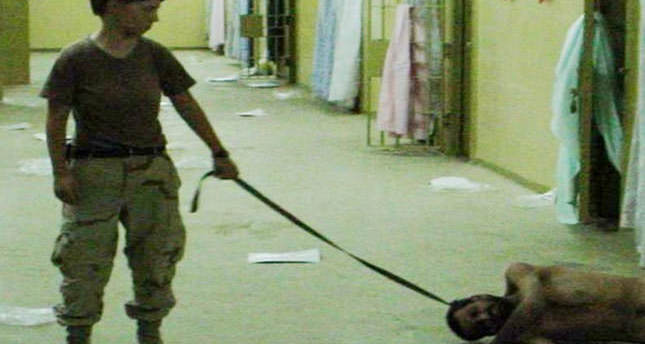 After the attack in Paris shocked the world, Muslim clerics seek ways to correct Islam’s image through condemning the terror attacks while voicing their concerns over Western policies toward Muslim societies

After gunmen in Paris killed 12 people, Saudi Arabia's top body of Muslim clerics quickly condemned the attack and said it could have no acceptable justification. It was a signal from some of the Islamic world's strictest voices that cartoons lampooning the Prophet Muhammad in the French satirical magazine Charlie Hebdo were not a reason to kill the artists. Only a few days later, Saudi Arabia sent an opposing message: On Friday, a young Saudi was whipped 50 times in a public square in the city of Jiddah, the first of what will be 20 such weekly rounds of lashes. That, along with 10 years in prison, is his sentence from the kingdom's religious-based courts for insulting Islam, based on posts on his blog criticizing prominent clerics close to the monarchy. The contradiction points to the difficulties at a time of a growing debate within Islam about whether and how to reject a radical minority that some fear is dragging them into conflict and wrecking the faith.

Western critics are increasingly brazen about suggesting there is something inherent in Islam that is sparking violence by some of its adherents. Most Muslims reject this, arguing that the tumult of the post-colonial Middle East has created fertile ground for radicalism among people whose faith is fundamentally one of peace. Nonetheless, the past year has seen increasing voices among Muslims saying their community must re-examine their faith to modernize its interpretations and sideline extremists. As much as recent attacks in the West, the rise of startlingly vicious violence by Sunni Muslim militants in the name of Islam against fellow Muslims, including Sunnis, brought it home for many Muslims that something must change in religious discourse.

In Syria and Iraq, the Islamic State of Iraq and al-Sham (ISIS) has butchered entire families of Sunnis and beheaded Sunni soldiers, as well as Western hostages. In Pakistan, a Dec. 16 militant attack on a school that killed 150 people, mostly children, stunned the country. It made many Pakistanis questions any empathy they felt in the past toward militant groups, the attitude of "even if they're wrong, they're still fellow Muslims." Now I hear more people talking openly against extremism and militancy," said Hasan-Askari Rizvi, an independent political analyst in Pakistan. When people ask "why Islam?" much of the answer has little to do with the religion itself. The Arab world has seen decades of bloodshed and foreign intervention unlike any in any other region, long entrenched dictatorships, regime suppression, two Iraq wars, the Syrian civil war and Libya's turmoil. Those conflicts have stirred up hatreds, against the U.S., against the West, against Shiites and other communities that rebound back into religion. Some youth angered by the conflicts find the answers in the version of "true Islam" touted by extremists like al-Qaida and the ISIS group and promoted on the Internet. Those groups tell them Islam requires them to use violence to defend the faith, then provide whole networks to make it easy for them to do so.

Notably, Cherif Kouachi, one of the French brothers behind the Charlie Hebdo killings, appears to have been first radicalized by hearing of abuses of Iraqi inmates by American guards at Abu Ghraib prison. The attack on Charlie Hebdo prompted condemnations from across the Muslim world, and fueled voices in the West contending that Islam fuels violence. Social media feeds bristled that insults to other religions do not tend to spark murders. That frustrates many Muslims who tire of apologizing for an extremist fringe they view as distorting their religion. Still, Muslims are also turning inward for change in the community. The most prominent call came days before the attack, when Egyptian President Abdel-Fattah el-Sissi gave a speech to Muslim clerics saying interpretations developed over centuries have made the Muslim world a "source of worry, danger, killing and destruction in the whole world." He called for a "religious revolution" to modernize the faith. The Paris attack added a complication to the debate, because of the magazine's extremely broad lampooning of Islam's Prophet Muhammad. Muslims who denounced the killings were often clearly discomfited by the content and defended their right to be upset over cartoons even some Western critics said crossed into racism.

In Egypt and Lebanon, political cartoonists published cartoons expressing solidarity with Charlie Hebdo, with images of pens standing up to gunmen. On Twitter, some pointed to Ahmed Merabet, a Muslim policeman of Algerian heritage killed by the attackers. "I am Ahmed the dead cop. Charlie ridiculed my faith and culture and I died defending his right to do so," was a tweet of solidarity circulating among Muslims. "Obviously the act of terrorism is a far greater evil that the question of satirical comments," Khalid Samad, a lawmaker from an Islamist political party in mostly Muslim Malaysia, said. But some in the religious establishment struggled with the issue. On pan-Arab satellite channel al-Arabiya Thursday night, an official from al-Azhar, the state-run Egyptian institution that is one of the most prestigious centers of Sunni Islam, said al-Azhar is working to modernize religious discourse, in part by interpreting texts in light of the context in place and time as opposed to literally. "But we can't exonerate the West for its insulting of the prophet. I'm not justifying what happened, but these are causes," Sheikh Ashraf Saad said. "Just as we condemn extremists, we must also condemn these freedoms that have reached the point of insulting the prophet." He was countered by a Saudi journalist on the panel, Mshari al-Thaydi. "But the question is, why is it Muslims who get so angry and kill and blow things up? The French magazine insulted the pope, the Dalai Lama. ... Why do we express our anger in this way? "We have 1,436 years in the history of Islam," he said. "Why do we hand ourselves over to a particular person who picks what he wants from that heritage and says that's Islam and accept it or you've left the faith?" That hits to the issue of who speaks for Islam, where in the Sunni branch in particular, individual clerics build on centuries of scholarship to argue what the faith requires.