Kobani peshmerga to be replaced 'in several days' 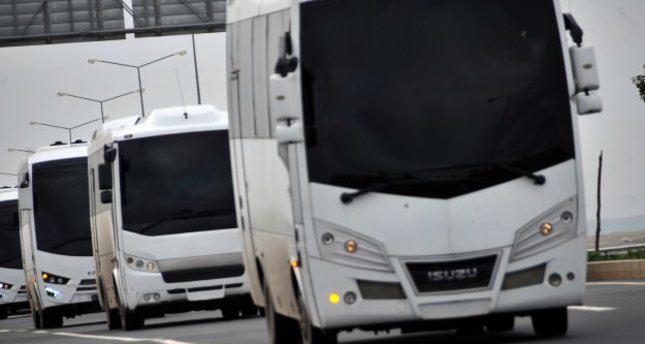 by AA Jan 15, 2015 12:00 am
A third group of Kurdish fighters will set out for Kobani after Ankara approves their travel through Turkey, according to the Kurdish Regional Government in northern Iraq.

Hejar Mergeyi, spokesperson for the KRG's Ministry of Peshmerga Affairs, told The Anadolu Agency on Thursday that a third group of 150 peshmerga will be sent to Kobani via Turkey.

"In several days, they will fly to Sanliurfa (Turkey) from Erbil (Iraq) and will reach Kobani," Mergeyi said.

Peshmerga troops are part of the fighting against the Islamic State of Iraq and al-Sham (ISIS) in Kobani, also known as Ayn al-Arab, which is just kilometers from Turkey's southern border.

The first group, including 150 peshmerga, was sent to Kobani in October 2014, and was later replaced in December by a second group in a convoy of seven minibuses.

The new group will set out after the Turkish authorities approve their travel, the KRG spokesperson said.