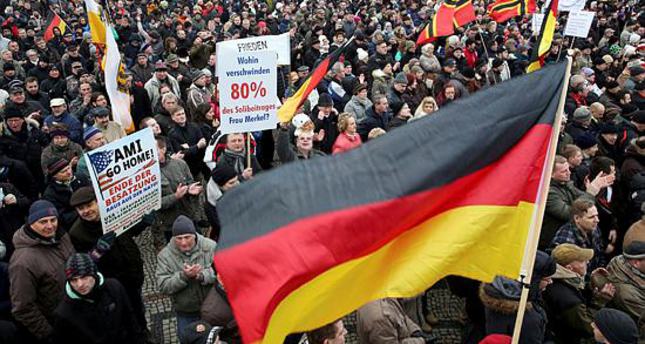 by Daily Sabah Jan 26, 2015 12:00 am
A mother who complained about a teacher's xenophobic attitude towards her son has been banned from entering the school where her two children are receiving education, according to a report by Doğan news agency. The incident in Köln adds to the increasing number of Islamophobic cases in Germany.

Nurcan Taş, a Turkish mother of two, has been on the receiving end of the unsettling consequences for the Muslim and Turkish community of the rising far-right movement in Germany. The 40-year-old mother, who work as a doctor's assistant in Köln, has been banned from entering the school reportedly as a result of a complaint she made to the manager of the school over the 'racist' behavior of a teacher towards her son.

"My second grade son used to be very successful, before a new teacher came to his classes. My son was always discouraged by him telling him to slow down on studying. I went to talk to his teacher a couple of times asking why he was picking on my son all the time. His teacher in response said 'I don't like his appearance and the way he acts. When I asked the teacher if he felt that way about my son over his having dark skin and belonging to a different nationality, the answer was 'yes, I am against the foreigners'," Taş reported the incident adding that the teacher was one of the neo-Nazis.

She then reportedly complained about the teacher to the manager, after which she was banned from entering the school. Calling on officials to help her, she said she wanted to change her son's class but the request was not granted.

"When I told them the teacher was racist towards my son, I was told I had no witness and that the accusation could not be proven," Taş said, expressing discontent over the incident.

According to the latest annual report of Germany's domestic intelligence organization BfV, published in June 2014, there are 22,700 far-right extremists in Germany - the majority of them members of neo-Nazi and far-right political parties.

Among them, 9,600 activists have been identified by intelligence officials as extremists who were ready to use violence.

According to official German police statistics, there were 473 attacks against foreigners in 2013 - an increase of more than 20 percent compared to the year before.