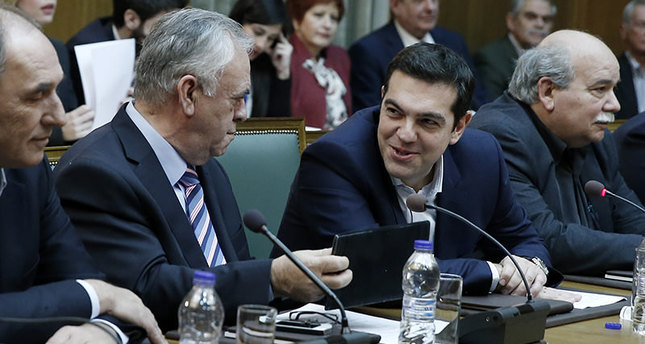 The health minister of the new cabinet is a visually handicapped 63-year-old Panagiotis Koiroumplis, marking the first blind minister in country's history.

Koiroumplis, reportedly lost his ability to see during the second world war at the age of ten after a bomb exploded. He was previously a deputy from the socialist party PASOK.

The leader of the left wing Syriza party disclosed the line-up on Tuesday, a day after taking his oath of office, before President Karolos Papoulias at a ceremony at the Presidential Mansion in Athens.

The youngest prime minister in Greece's history reformed several ministries and announced that Panos Kammenos, the head of coalition partner the Independent Greeks, will be the country's national defense minister.

Veteran left-wing politician Giannis Dragasakis has been appointed as deputy prime minister, who will oversee talks with the "troika" of the European Commission, the IMF and the European Central Bank.

Economist Yanis Varoufakis - a staunch opponent of austerity measures - was put in the charge of the Finance Ministry. He will lead talks with Greece's international creditors.

Tsipras' Cabinet is made up of 39 ministries, of whom six are women.

Tsipras proposed Zoi Constantopoulou as president of the parliament.